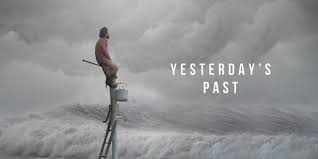 Bhubaneswar 27/8/21: The wait to watch the National Award Winning Odia Film ‘KaliraAtita’ is finally over, as it’s all set to release soon on MX Player and MUBI.

‘KaliraAtita’, yet another ingenious creation of internationally acclaimed filmmaker Nila Madhab Panda, focuses on rising sea levels induced by climate change. The film, which took over 13 years of effort to produce, is now creating waves globally.

KaliraAtita is Panda’s debut film in Odia. He says “Odia Cinema has had such an amazing past, but somehow I miss seeing such classics being made in today’s times. I hope we’re able to bring back those glorious times with this film. I am happy to announce that KaliraAtita will be on national platforms like MUBI and MX Player. The film is already traveling to various festivals globally, and I hope that with this, we’re able to put Odia Cinema back in national and international limelight.

This would probably be the first time an Odia film is getting showcased on 2 national-level platforms. It is releasing on MUBI on 3rd September, followed by MX Player very soon!