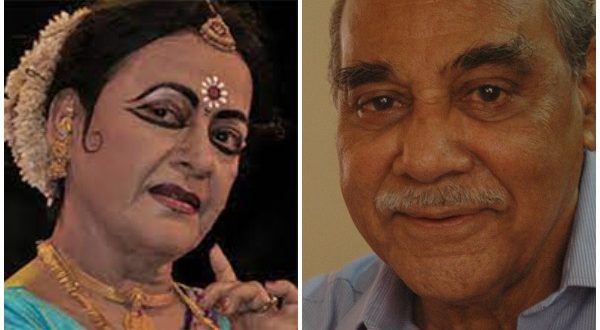 Bhubaneswar:27/8/21:The Odisha Sangeet Natak Akademi under the Odia Language, Literature, and Culture Department on Friday announced various awards for the years 2019 and 2020.

Mahapatra was the force behind the Theatre in Motion, and the founder/director of Srujani, the group theatre movement, which he founded in 1964.

He founded the Utkal Rangamanch Trust to give a fillip to professional theatre in Odisha after the old theatre companies of the early ’50s closed down in the ’70s.

Mahapatra has directed and acted in over 100 plays and has also worked in film, television and radio.

Kumkum Mohanty was one of the early disciples of Guru Kelucharan Mohapatra. She joined Indian Postal Service in 1970 and left the field of dance. While on deputation to Odisha, she established Odissi Research Centre. In collaboration with Guru Kelucharan Mohapatra, Sanjukta Panigrahi, and music and Sanskrit scholars, she brought out a manual for Odissi: The Odissi Dance Path Finder, which included basic stances, movements and mudras of Odissi.

The awards for artists excelling in their respective fields in different categories, including music, dance and drama, was announced on Friday.

The award ceremony will be held at the Rabindra Mandap in Bhubaneswar at 4.30 pm on August 30, 2021, stated a press release issued by Prabodh Rath, Secretary of Odisha Sangeet Natak Akademi.