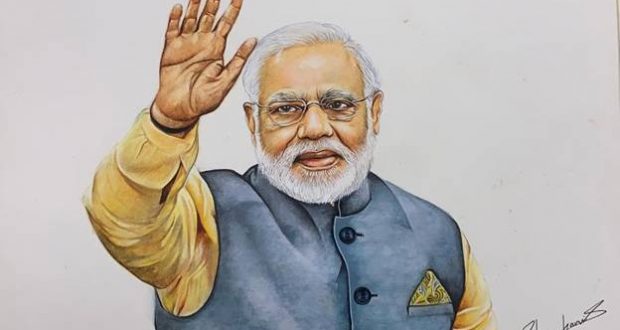 The Prime Minister lauded the young artist for his views about public health and welfare during current difficult period. The Prime Minister wrote “Vaccine campaign, discipline, along with collective efforts of 130 crore Indians are providing strength to our fight against the pandemic.”

The Prime Minister expressed the hope that people will be inspired by Steven’s effort to spread positivity.

Steven had told the Prime Minister in his letter that he is painting for the last 15 years and has won more than 100 awards at various levels. He described the Prime Minister as his inspiration and praised India’s vaccination program in the fight against Corona.

Paintings sent by Steven Harris can be seen below. Paika Rebellion could not be called the first war of Independence:Indian Council of Historical Research

Bhubaneswar;4/12/21:Mrrea Roy only sister of yesteryear eminent actor Gour Ghose was passed away on 3rd, December at 9.24 pm at the age of 79 in her Budheswari colony, Bhubaneswar residence.Mrrea ...