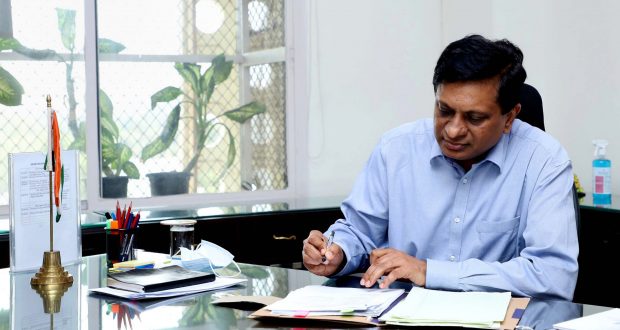 Shri Apurva Chandra taking charge as the Secretary, Ministry of Information and Broadcasting, in New Delhi on August 23, 2021. 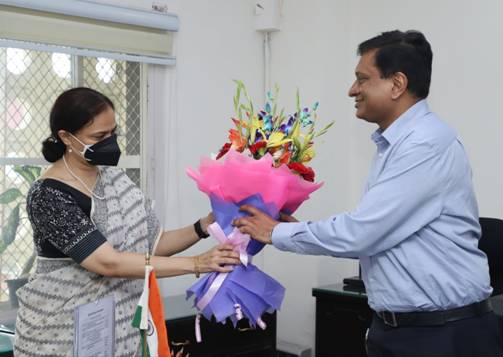 Shri Apurva Chandra has earlier served as Secretary, Ministry of Labour& Employment since 01.10.2020 with the mandate to implement the Labour Codes passed by the Parliament in September 2020 expeditiously. Under his guidance rules have been framed for all four Labour Codes after extensive consultations with all stakeholders. The Atmanibhar Bharat RozgarYojana has been launched to provide employment opportunities to 78.5 lakh workers in the formal sector with a budget of Rs. 23,000 crores.

Shri Apurva Chandra has also worked as Director General (Acquisition) in the Ministry of Defence. e.f. 01.12.2017 with the mandate of strengthening the Indian Armed Forces by expediting the acquisition process. Several major contracts like S-400 missile system, Multi-Role Helicopters, Assault Rifles, Naval ships, T-90 tanks etc. were signed during the period. He chaired the Committee to draft the new Defence Acquisition Procedure.

Shri Chandra has worked for over four years between 2013 and 2017 as Principal Secretary (Industries) in the Government of Maharashtra. Maharashtra led the country in attracting FDI and other investments over the period. Shri Chandra was instrumental in a slew of new policies like Electronic Policy, Retail policy, Single Window Policy to attract new Investments. The first smart industrial township under the Delhi-Mumbai Industrial Corridor (DMIC) has been operationalised at Aurangabad in Maharashtra under the leadership of Shri Chandra.

Shri Chandra has spent more than seven years in the Ministry of Petroleum & Natural Gas in the Government of India. He has been involved in framing policies with regard to fuel supplies to industries, supply logistics, transportation, storage & distribution of fuel products etc. He was directly associated with Natural Gas transportation infrastructure, setting up of city gas distribution companies, LNG import terminals and allocation of gas to industries. Shri Chandra has served on the Board of Directors of Maharatna PSU, GAIL (India) Ltd. and Petronet LNG Ltd.

2021-08-23
Editor in chief
Previous: Dharmendra Pradhan to launch some major initiatives of NEP 2020 and a booklet on one-year achievements of NEP Implementation
Next: Indian Scientist Partners with BRICS Group to Setup Network of Genomic Surveillance