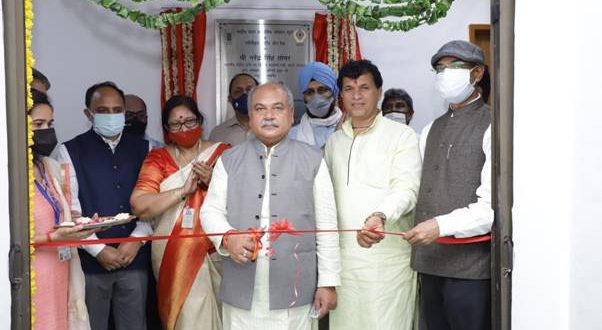 New Delhi:16/8/21:Union Minister for Agriculture and Farmers Welfare, Shri Narendra Singh Tomar inaugurated the world’s second-largest refurbished state-of-the-art National Gene Bank at the National Bureau of Plant Genetic Resources (NBPGR), Pusa, New Delhi. On this occasion, Shri Tomar said that the farmers of India are fully capable of accepting the challenges faced by the agriculture sector and conquering them. He said that our farmers are skilled human resources even without any major educational degree. Prime Minister Shri Narendra Modi is constantly concerned about the welfare of the farmers and concrete steps have been taken by the government through several schemes to increase their income.

Appreciating the services of visionary experts like Prof. B. P. Pal, Prof. M.S. Swaminathan and Prof. Harbhajan Singh, Shri Tomar said that they had laid a strong foundation for the conservation of diversity of indigenous crops in the country. “We have a glorious past, for the progress of the country, everyone should keep moving forward with a sense of responsibility towards the future. This revamped state-of-the-art National Gene Bank is a powerful step in that direction. The staff working here must have felt satisfaction and happiness that how they are serving the agriculture sector and the country while saving the heritage. Today, the need for biofortified crop varieties is being felt, somewhere there is an imbalance, which the government is trying to overcome by taking the farmers along”, he added. 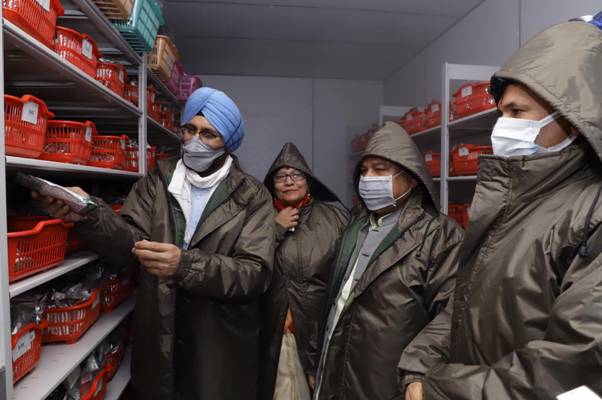 Shri Tomar said, “in ancient times there was a lack of resources and technology, but the fabric of nature was strong, there was complete coordination, due to which there was neither malnutrition nor death due to hunger in the country then. But when this fabric broke, we started facing difficulties and needed to make special efforts. Due to the successful efforts of the government with the farmers and agricultural scientists, today the production and productivity of food grains are increasing continuously.” He said that if proper attention had been given to the development of agriculture twenty-thirty years ago, today the world would be dependent on India for agriculture and allied sector.

Union Minister of State for Agriculture and Farmers Welfare, Shri Kailash Choudhary said that agri-farmers would be greatly benefited by the new gene bank with state-of-the-art facilities for germplasm. The government is working with a positive mindset. The goal of the Prime Minister is to make the farmers self-reliant, the government is making every effort in this direction.

Dr. Trilochan Mohapatra, Director General, Indian Council of Agricultural Research, while delivering the welcome address, explained the activities and progress of the Bureau. On this occasion, Union Minister Shri Tomar released some publications of the Bureau and launched PGR Map App. The services of Shri Kuldeep Singh, the recently retired Director of the Bureau, for the modernization of the gene bank, was appreciated.

The National Gene Bank established in the year 1996 to preserve the seeds of Plant Genetic Resources (PGR) for future generations, has the capacity to preserve about one million germplasm in the form of seeds. Presently it is protecting 4.52 lakh accessions, of which 2.7 lakh are Indian germplasm and the rest have been imported from other countries. National Bureau of Plant Genetic Resources is meeting the need of in-situ and ex-situ germplasm conservation through Delhi Headquarters and 10 regional stations in the country.