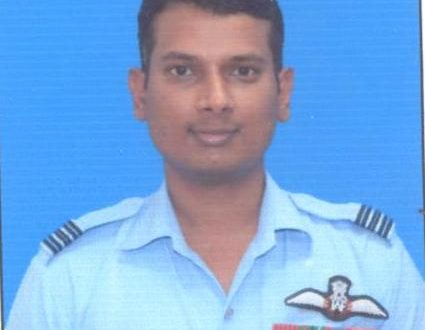 On 04 September 2020, Sqn Ldr Mohanan, as captain of a Chetak Helicopter, displayed extraordinary courage and professional skills of a very high order wherein he carried out a damage assessment of fire and explosion on-board MT Diamond, a Very Large Crude Carrier (VLCC) off the east coast of Sri Lanka, carrying 3.40 lakh metric tonnes of crude oil. During the seven days operation that followed, he undertook 12 sorties clocking 14:25 hrs which required frequent deck landings onboard various class of Indian Coast Guard ships, and directed the ships in efficient firefighting and for aerial survey of the oil spill. All these operations were overseas in marginal conditions, poor visibility, and strong gusty winds in excess of 30 knots, under a dangerous sea state. The officer relentlessly pursued the mission despite the immense risk to his life. The officer’s bravery and unwavering resolve with scant regard to personal safety are in the spirit of the highest traditions of the Service. The incredible and spirited response by the officer contributed towards the huge fire being doused and prevented the possible threat of explosion and oil spill which brought singular credit to Indian Coast Guard in international waters.

For this act of exceptional courage, Sqn Ldr Deepak Mohanan is conferred with the Vayu Sena Medal (Gallantry).