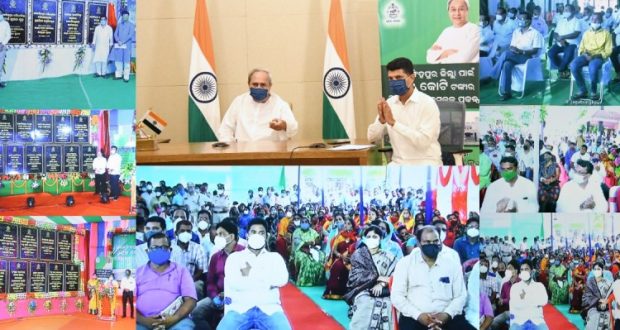 “We have been affected by the COVID pandemic for more than a year now.  The livelihoods of many people have been affected. Therefore, the state government has provided more than Rs 2,000 crore to the poor, farmers, workers and mothers to alleviate their misery,” Naveen said.

Today’s launch program includes a bridge over the canal of the Borikina-Sunguda road on the Biju Bridge scheme, a high-level bridge over the Paika River at Lankapada, a market complex near Maa Sarala temple, the Paradip Government Industrial Training Institute and the Paradip Covid Hospital. Besides, foundation stones were laid for several other projects.

2021-08-13
Editor in chief
Previous: Need To Create Public Health Awareness So That More And More Women Are Vaccinated On Priority: NCW Chairperson
Next: Naveen Patnaik announced a special package for the weavers in the State