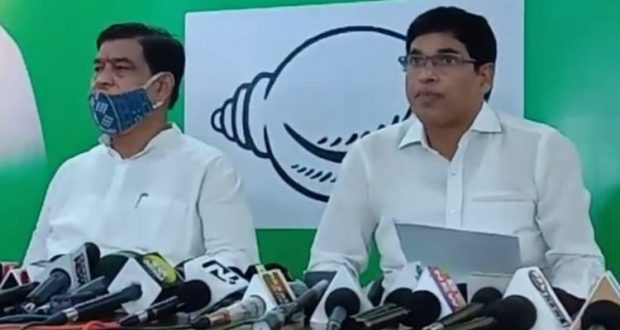 Bhubaneswar13/8/21:: A couple of days after demanding caste-based census for socially and educationally backward classes (SEBC)s, the BJD here on Friday announced to field 27 percent candidates from other backward classes (OBCs) in the upcoming elections, including Panchayat polls.

“It is a historic day for the people of Odisha, especially those who have been neglected. The BJD has decided to reserve 27 percent of the party tickets for OBC candidates in Panchayat or any other elections in the state,” said Minister Ranendra Pratap Swain.

Minister Arun Sahoo asked the BJP and Congress, which have been criticising the ruling party for not implementing 27 percent reservation for OBCs in employment and education, to follow suit if they really cared for this neglected population.

“Due to the cap on the percentage of reservation and as there is no central law to determine it, the BJD has taken a political decision to field 27 percent SEBC candidates in Panchayat and subsequent polls in the state,” he said.

Criticising the announcement, BJP and Congress asked the ruling party to ensure OBC reservation in education and jobs first.

“Roping in OBC candidates for election is an internal affair of BJD. However, the fact remains that the state government has not taken any step to implement 27 percent reservation for OBCs in education and employment so far,” senior BJP leader Prithviraj Harichandan said.

On Thursday, State BJP spokesperson Sonali Sahu had hit out at the Naveen Patnaik government for denying 27 percent reservation to the OBCs in employment and education. “While many states have been providing 27 percent reservation to OBCs, only 11.25 percent of these categories of people are availing the benefit in government jobs in Odisha but not in education,” she said.

2021-08-13
Editor in chief
Previous: East Coast Railway Central Hospital has opened a new OPD complex at Bhubaneswar
Next: “Edusafe”, The Product of Factstys will prevent the piracy of videos through Encrypting the Data