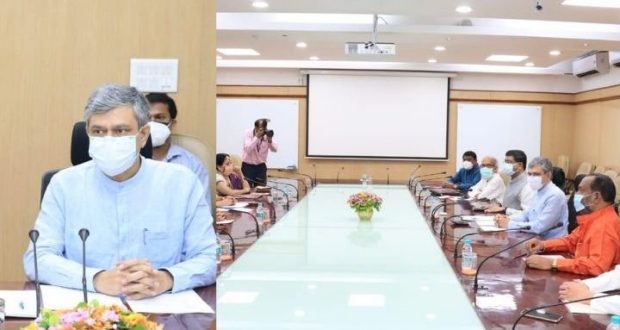 After meeting with Vaishaw, BJP MP Basant Panda, who led the delegation said that the Minister has focused on Odisha ever since he assumed charge as the Cabinet Minister.

“We discussed on all proposed and pending railway projects in Odisha and requested him to take those forward. The Minister took our requests seriously and assured us to work in a constructive manner,” Panda said.

Vaishnaw also assured the people of Odisha to expedite the railway project in the State through a holistic approach.

“MPs of the Bharatiya Janata Party (BJP) from Odisha met me and discussed several issues pertaining to railways in the State. We all will work collectively to expedite the works on all projects in the State one by one. A holistic work is our aim,” Vaishnaw said.

2021-08-12
Editor in chief
Previous: Odisha Chief Minister inaugurated a Cotton Ginning & Pressing Mill and a new bus terminal at Digapahandi
Next: Over 2,000 products of 5,000 SHG members are onboarded on e-Commerce Portal