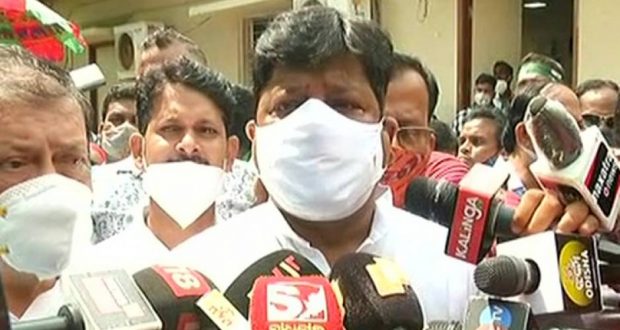 Panchayat elections in Odisha will be conducted on the scheduled date

in State News August 10, 2021 Comments Off on Panchayat elections in Odisha will be conducted on the scheduled date 633 Views

Bhubaneswar:10/8/21:The much awaited and long-overdue Panchayat elections in Odisha will be conducted on the scheduled date, informed State Panchayati Raj Minister, Pratap Jena on Tuesday.

The department will soon furnish all details pertaining to the Panchayat elections to the State election commissioner.

Speaking to reporters, Jena said, “We have already prepared the ‘Calendar’ of the election schedule. We will soon submit our proposal to the Election Commission.”

On the conduct of civic body elections, the Minister said that the government is also making preparations for it.

“All hurdles on way of conducting the Municipal elections are being cleared. Hopefully, the urban local bodies will soon go into polls,” said Jena.

The Panchayat elections which were slated to be held in February 2022 is feared to get delayed as the State government is yet to complete the delimitation process and determine the reservation of seats.

It is pertinent to mention here that the Supreme Court had asked the State governments not to exceed 50 per cent in the reservation of seats for local body elections. The Opposition parties believe that the State government has found itself in a spot following the Apex Court ruling and that is the reason it is delaying the entire electoral process.

The Bharatiya Janata Party (BJP) has been targeting the government over the issue terming it a “Constitutional crisis.”

Three years have already lapsed but the Election Commission is still unable to conduct the Urban Local Bodies (ULBs) polls. The State government is advancing excuses that it will have to amend the existing laws for 50 percent reservation, but the amendment will not take more than one hour to make, senior lawyer and BJP leader Pitamber Acharya had stated earlier.

2021-08-10
Editor in chief
Previous: Centre urges that Odisha”s ‘Paika Bidroha’ as the first war of Independence is under its consideration.
Next: PM to participate in ‘Atmanirbhar Narishakti se Samvad’ on 12th August