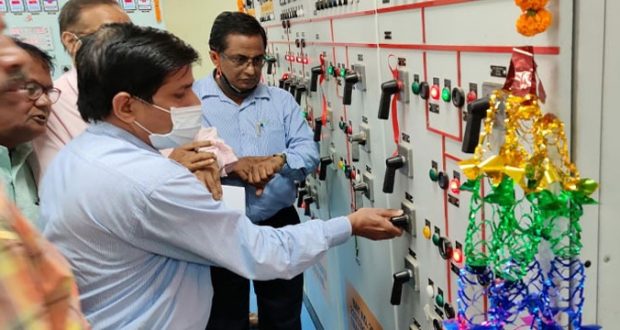 in District Diary August 6, 2021 Comments Off on Long-awaited 132kV DC line from Padampur to Nuapada was commissioned by the Odisha Power Transmission Corporation Limited 461 Views

Bhubaneswar:6/8/21: The long-awaited 132kV DC line from Padampur to Nuapada was commissioned by the Odisha Power Transmission Corporation Limited (OPTCL) on Friday. The project was taken up under the Radial to Ring Conversion Project (RRCP), one of the flagship schemes of the State Government.

With the commissioning of this project, the low voltage issue in Western Odisha in Nuapada and Khariar command area will be substantially improved, the OPTCL stated.

The 220/33kV Deogarh S/s was commissioned on Friday in t Deogarh district. After Barkote, this Grid Sub-station becomes the second in the district supplying reliable power to the consumers of Deogarh, Tileibani, and Riamal.“Further, the Government offices, Medical and other Institutional establishments in the district shall be greatly benefited. Both the above projects were commissioned by OPTCL amidst the Covid-19 pandemic and heavy monsoon period,” the official further stated.