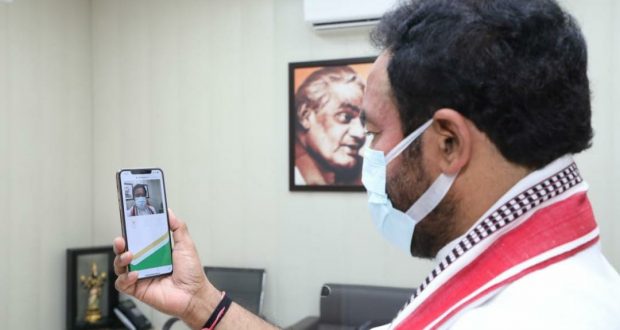 Commemorative coin and stamps on Netaji Subhas Chandra Bose were released on the occasion. International Seminars were also organized on the 23rd January 2021 at Kolkata and 5th March 2021 at Jabalpur under the above commemoration.

A high-Level Committee under the chairmanship of the Hon’ble Prime Minister has been constituted for the commemoration. The Committee includes distinguished persons, historians, authors, experts, family members of Netaji Subhas Chandra Bose as well as eminent persons associated with Azad Hind Fauz (INA). Gazette notification was issued on 19th Jan 2021 on the declaration of 23rd January as Parakram Diwas every year.

The government of India has approved various proposals relating to Netaji Subhas Chandra Bose such as establishing a memorial in Red Fort to INA martyrs and at Neelganj near Kolkata, short Videos on Netaji and INA, a documentary on INA trials, publishing of biography of Col. Dhillon and Gen. Shahnawaz Khan, publishing of photos of INA in the form of a pictorial book, children- friendly comics on Netaji. Govt. of India is also celebrating important dates associated with Netaji & INA at significant places such as Moirang Day-British army defeated on Indian soil   -14 April, INA Raising Day-21st October, Netaji went to Andaman & unfurled flag-30th December, INA battle of Imphal.

This information was given by Minister of Culture, Shri G. Kishan Reddy in written reply in Lok Sabha today.