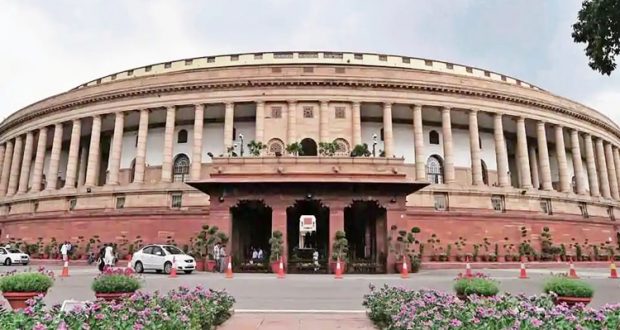 in National August 2, 2021 Comments Off on Both Houses of Parliament adjourned for the day following pandemonium over Pegasus snooping 427 Views

Newdelhi:2/8/21:Both Houses of Parliament today continued to witness pandemonium over Pegasus snooping and farm laws. After facing repeated adjournments, both Lok Sabha and the Rajya Sabha were adjourned for the day. In the Lok Sabha, when the house met after the third adjournment at 3.30 PM, members from Congress, TMC, Left and others again trooped into the well raising slogans. Amid ruckus, the house passed the General Insurance Business (Nationalization) Amendment Bill, 2021.

After that, the Presiding Officer adjourned the house for the day. Earlier, the Tribunals Reforms Bill, 2021 was introduced in the house amidst din. Similar scenes were witnessed in the Rajya Sabha.

When the house reassembled at 3.36 P.M. after third adjournment, Opposition members including Congress, TMC, Left and Aam Aadmi Party   continued with the demand for discussion over Pegasus snooping and farm laws. Members from SP, Shivsena and NCP were also on their feet. Amid uproar, the Appropriation Bills, 2021 were moved in the house. As the protesting members were in no mood to relent, the Presiding Officer adjourned the house for the day.

Earlier, in the midst of unruly scenes, the house passed the Inland Vessels Bill, 2021. The Constitution (Schedule Tribes) Order (Amendment) Bill, 2021 was introduced.

In the morning, both houses congratulated Badminton Player, P. V. Sindhu for winning the bronze medal in the Tokyo Olympics.