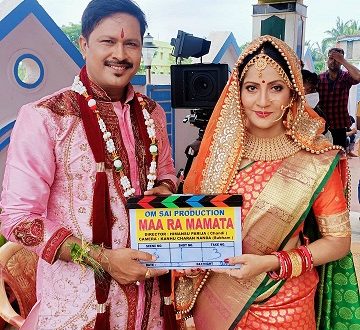 Bhubaneswar:28/7/21 Odia film ‘Maa ra Mamata’ starring Anu Choudhury and Sritam Das is all set to release soon. Actor Shritam has shared some pictures of the film on social media

After working together in three movies Gare Sindura Dhare Luha, Baji, and Sabata Maa, both of them will come together in director Chandi Parija’s ‘Maa ra Mamata.’

2021-07-28
Editor in chief
Previous: Odisha Chief secretary and 5T secy visited Koraput and Nabarangpur districts
Next: Government of India awarded 11 cities including Bhubaneswar with the prestigious title of being India’s Top 11 Cycling Pioneers