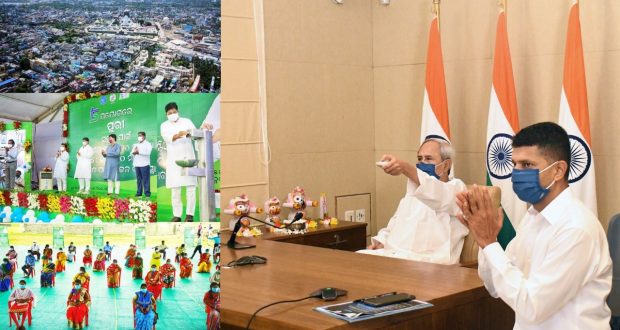 CM said that it is a transformative project under the5T charter which has been completed in 9 months. CM also highlighted the ongoing transformation of Puri into a WorldHeritageCity with the blessing of Lord Jagannath and the cooperation of the people of Puri.CM highlighted that quality drinking water is closely linked with human health, human development index, and economy. In order to supply quality drinking, water Odisha Govt has increased its budget from ₹200 Cr to ₹4000 Cr in five years. 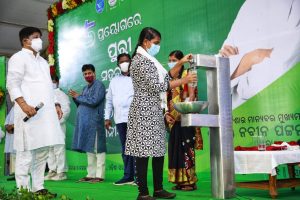 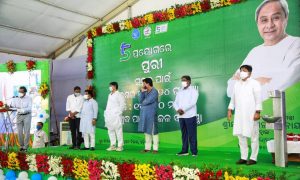 Thanking the state Housing & Urban Development Department, the Chief Minister said that within nine months, 2.5 lakh people in Puri would get the Drink from Tap facility which will also benefit 2 crore tourists arriving at Puri annually. The tourist will no longer have to walk around holding water bottles. He said water fountains have been installed at 400 places of the city, including the Grand Road, which would save the city from 400 metric tonnes of plastic waste.

The Sujal Mission had been launched on October 13 last year to ensure quality tapped drinking water for more than 1.5 million people in more than 15 urban areas.

It includes 24/7 helpline center with IVRS for grievance redressal, the inauguration of mobile water testing laboratory, and a quick response team for rapid redressal of water supply complaints. The State Government has planned to cover all urban areas of Odisha by March 2022, making the State the first to do so in India.

.It also eliminates the usage of 3 crore plastic bottles preventing 400 metric tonnes of plastic waste. To discourage the use of plastic water bottles, drinking water fountains will be installed in public places. Jalsathis from women self-help groups (SHGs) will carry out the quality surveillance of water supply.

2021-07-26
Editor in chief
Previous: MoS IT Rajeev Chandrasekhar interacts with MyGov Saathis and stakeholders during the event marking 7th Anniversary of MyGov
Next: State-level Independence Day celebrations will be held at Unit-III exhibition ground