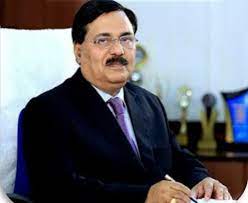 Dr Chand has a successful track record of performance in coal, steel and aluminium sectors. He will look after operationalisation of three coal blocks that Vedanta has recently won in an auction in Odisha with an annual raising of 18 million tonnes and bauxite security of 22 million tonnes per annum, a release from Vedanta stated.

He will also oversee the proposed Aluminium Park project in Jharsuguda and Chhattisgarh. This high-level Appointment comes in the wake of Vedanta pushing for
emerging as the second-largest producer of Aluminium in the World with 3-million-ton Aluminium & 6-million-ton Alumina capacity. At present Vedant is the largest producer of Aluminium in India. With Aluminium demand likely to be doubled in the next 5yrs, Vedanta plan is time to meet the country’s demand for Aluminium and ensuring Atma Nirbhar Bharat.

Since Dr Chand is known for innovative & empathetic CSR schemes taking the stakeholders on board Vedanta is likely to have a transformational community engagement approach in these areas, a welcome change for locals in Odisha & Chhattisgarh.

During the tenure of Chand, NALCO got complete raw material security with an extension of lease of Panchpatpali Bauxite mines, allocation of Pattangi Bauxite mines & Coal blocks.

Industry bodies, professionals, sector analysts & people from different quarters in Odisha and stakeholders in Chhattisgarh have welcomed the move.