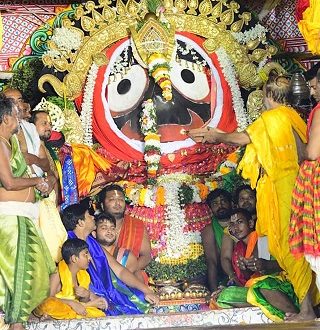 Puri:21/7/21: After a hassle-free Ratha Jatra, both Srigundicha and Bahuda festival, the divine trinity of Puri Srimandir-Lord Jagannath and his siblings Devi Subhadra and elder brother Lord Balabhadra are all set to give darshan to the devotees in Rajarajeswar Besha popularly known as Suna Besha today.

On four other occasions, the deities also appear in the golden attire in Dusssehra, Karttika Purnima, Pausa Purnima and Dolapurnima. On these occasions, the ritual is conducted inside the temple while during Ratha Jatra, the Suna Besha is celebrated atop chariots. 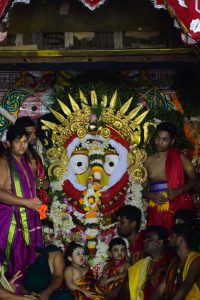 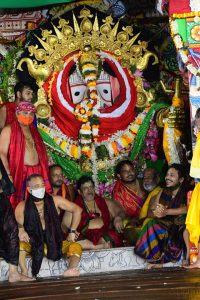 As per legends, King Kapilendra Deb had brought a huge amount of gold jewelry by conquering a neighboring kingdom. He donated all the valuable metals to the temple in 1460. Since then, the Suna Besha has been a major ritual of the deities.

The devotees will give a miss to the rare festival this year like the last event as the ritual will be conducted amid strict restrictions due to coronavirus.

The curfew imposed by the district administration under section 144 of CrPC is still in force at some places in the pilgrim town. The prohibitory orders have been clamped today at the Market square, Kakudi Khai chhak, and all roads leading to Bada Danda. The restriction will remain in force till 6 am on July 24.

After the Suna Besha, Adharapana and Niladri Bije rituals will be observed amid similar restrictions. The district administration and police have made elaborate arrangements for the final phase rituals of the Ratha Jatra.

2021-07-21
Editor in chief
Previous: Union Culture Minister G. Kishan Reddy has reviewed various initiatives of National Gallery of Modern Art
Next: All lanes of fee plazas on National Highways declared as “FASTag Lane of the fee plaza” for collection of fee through digital paymen 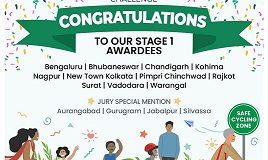 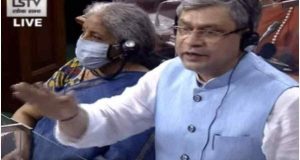 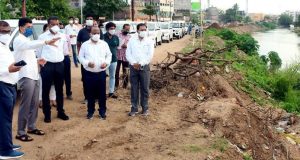