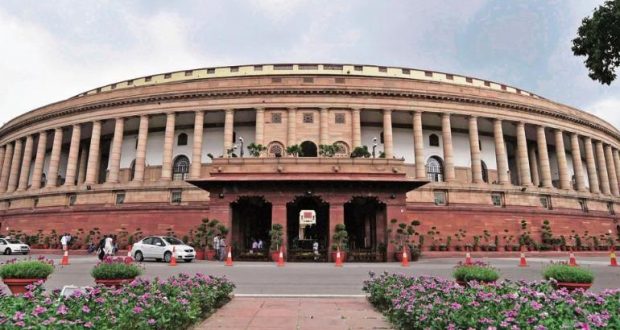 in National July 20, 2021 Comments Off on Proceedings in Lok Sabha were disrupted for the second consecutive day due to protests from opposition 306 Views

New Delhi: 20/7/21:Proceedings in Lok Sabha were disrupted for the second consecutive day today due to protests from opposition parties who raised the Pegasus snooping issue.

The House was adjourned repeatedly before being finally adjourned till Thursday.

Parliament will not meet tomorrow due to the holiday for Eid-ul-Zuha.

Soon after the House assembled at 3 pm, the opposition members again started raising slogans on the Pegasus snooping issue, forcing the chair to adjourn the House for the day.

This was the second day of the Monsoon Session that the House could not transact any legislative business.

Amidst the uproar, Finance Minister Nirmala Sitharaman has tabled a supplementary demand for additional expenses amounting to Rs.23,674.81 crore in the House.

Opposition members, including Congress and TMC, started raising slogans and showing placards to attack the government on the snooping issue as soon as the House met for the day at 11 am.

The proceedings went on barely for five minutes. The same scene was witnessed when the House was reassembled at 2 pm.

Some Congress members were holding placards about Rahul Gandhi’s name appearing in the list of potential targets of snooping.

Speaker Om Birla said it is not right to disrupt the House and the government is ready to give answers on any matter.

He urged them to go back to their seats and assured them that he will facilitate a debate on every issue. He said, the government is ready to debate on whatever issues you want to debate on, he said.

The issue of “snooping” using the Pegasus spyware has snowballed into a massive political row in Parliament and outside as various parties are demanding a thorough investigation and action.

The government had on Monday categorically rejected in Lok Sabha the allegations of snooping on politicians, journalists, and others using Pegasus software, asserting that illegal surveillance was not possible with checks and balances in the country’s laws, and alleged that attempts were being made to malign Indian democracy.

IT Minister Ashwini Vaishnaw, in a suo moto statement in the lower house, said the media reports on alleged snooping published a day before the start of the Monsoon Session of Parliament “cannot be a coincidence” and stressed that there is “no substance” behind the sensationalism.