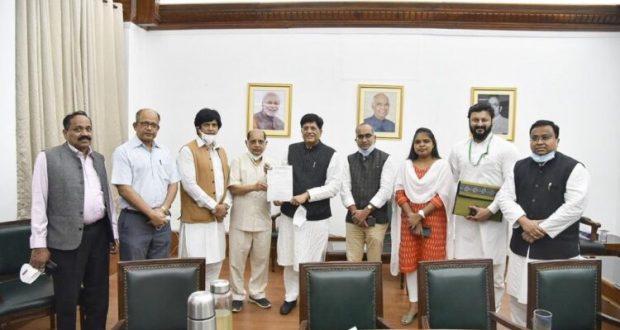 The MPs, including the party’s Rajya Sabha leader Prasanna Acharya, submitted a memorandum to Goyal and also raised the demand for early evacuation of surplus rice from Odisha and the gunny bags shortage issue. The Union Minister assured that he will do the needful, a BJD MP said.

The MPs, through the memorandum, said ‘paddy/ rice procurement operations under the MSP programme is a task which is in the domain of the Centre. However, in order to extend the outreach of MSP to remote, far-flung and inaccessible areas, the Odisha government took over in 2003-04 the responsibility of procuring paddy from farmers in the state.

As per the MoU signed with the Centre, there has to be zero financial liability on the state government or state procuring agency. However, the release of advance subsidy to Odisha is irregular, they said.

2021-07-20
Editor in chief
Previous: Proceedings in Lok Sabha were disrupted for the second consecutive day due to protests from opposition
Next: Taladhwaja, Darpadalana, Nandighosha Arrive In Front Of Shree Mandir