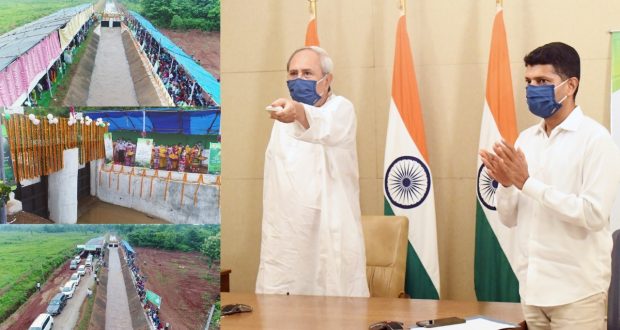 This will irrigate agricultural lands in 94 villages under Baripada, Betanoti, Morada, Suliapada, and Rasgovindpur blocks of Mayurbhanj district said an official press release.

Speaking on the occasion, the Chief Minister said that today is a day of joy for Mayurbhanj district and the whole of Odisha. 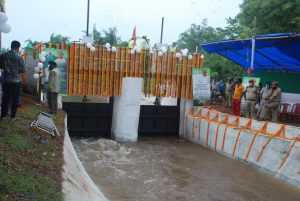 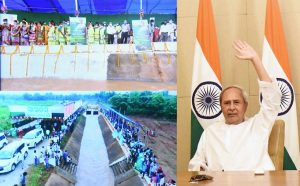 Informing that irrigation is one of the priority areas of the State government, Patnaik said that in the coming Kharif season 10,000 ha of land will be provided with irrigation from Deo Irrigation Project.

In the coming 2-3 years, around 15 irrigation projects will be completed, he added.

Terming irrigation as a valuable asset, the Chief Minister advised for its proper utilisation.

He said the government is always with the farmers and is working for their development.

Participating in the programme Panchayati Raj and Drinking Water Minister Pratap Jena stated that the Chief Minister has taken several steps for the development of Mayurbhanj.

Jena said that by 2024 January 70,000 ha of land in Mayurbhanj district will have irrigation facilities.

Water Resources Minister Raghunandan Das threw light on the steps taken by the department for irrigation.

Mayurbhanj Collector read out the welcome address and Chief Engineer of Subarnarekha Irrigation Project gave the vote of thanks.

2021-07-19
Editor in chief
Previous: Tata Steel Mining and Jindal Stainless sign MoU for a unique partnership for mining of common boundary in Sukinda
Next: Odisha Sports Minister Lays Foundation Stone Of Cricket Academies Across the state