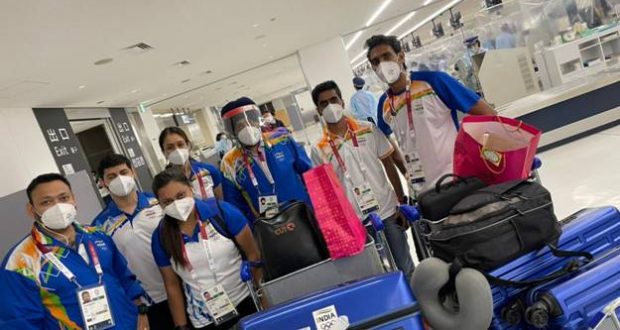 in Sports July 18, 2021 Comments Off on 88 member Indian contingent including 54 athletes arrives in Tokyo 198 Views

During his address to the Indian contingent at the airport Union Minister for Youth Affairs and Sports Shri Anurag Thakur said that Tokyo Olympics 2020 is a momentous occasion for the country and good wishes of 135 cr Indians are with the participating athletes. The Minister further said that you are select few who are getting this great opportunity and have a long way to go in life, so must give your very best but without taking stress as the Prime Minister Shri Narendra Modi also suggested. Shri Thakur further said that the athletes must remain strong because when they represent the country in a competition, it’s a battle of nerves and ultimately it’s their mental strength that will be reflected in their performance.