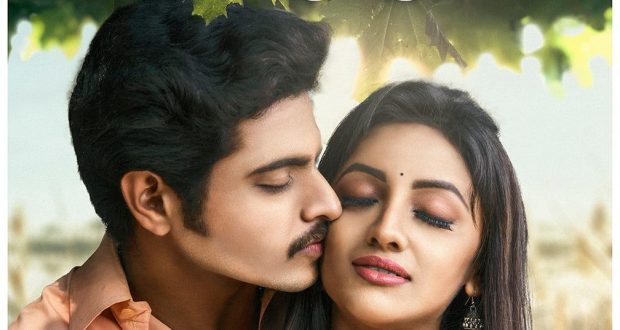 Bhubaneswar:17/7/21: The trailer of the upcoming Odia movie Raati Sari Sari Jauchhi is out now. The movie has been made under the joint venture of Manjari TV and Amiya Patnaik Productions.

A week after releasing the upcoming movie’s poster, the makers released the trailer yesterday.

Raati Sari-Sari Jauchi takes inspiration from a love story from the 90s where a couple falls in love but fails to end up getting married to each other owing to social taboo regarding love marriage that prevailed then.

The innocent romance between the main protagonists played by actors Raj Rajesh and Riya Dey and the major twist brought into their love story by the antagonist, played by actor Rai Mohan Parida, make the story compelling for the audience.

Raati Sari-Sari Jauchi is directed by Anupam Patnaik. The story and screenplay have been penned by Manash Padhiary. Barsha Patnaik is the executive producer.

Apart from an interesting storyline, the movie consists of five songs. Srikant Panda is the music composer and credits for composing the songs are given to Sthita Patnaik, Rakesh Das, and Parambramha Gandhi.

In this movie, the audience will get to see Raj Rajesh and Riya Dey together onscreen for the first time. Actors Jeeban Panda, Nivi, Anandi, and child artists Sampark and Sukant will be seen portraying several roles in the movie. The release date of the movie will be announced soon, the production house said.

2021-07-17
Editor in chief
Previous: ‘Reels and Reels’production house is all set to hit the big screen with its upcoming feature film ‘Atithi
Next: Babushaan up coming Film” GoteRaja Thila” under process