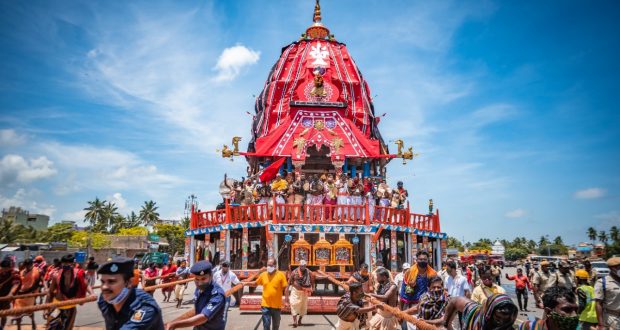 in State News July 17, 2021 Comments Off on Chariots Of Holy Trinity To Take ‘Dakshina Moda’ 232 Views

Puri:17/7/21: The ‘Dakshina Moda’ ritual or the southward turn of the three chariots of Lord Jagannath and his siblings parked outside Gundicha Temple will be held today, the sixth day of the annual sojourn.

This marks the beginning of the preparations for the Bahuda Yatra, the return journey of the sibling deities to the Srimandir after their annual sojourn. 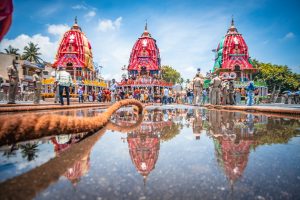 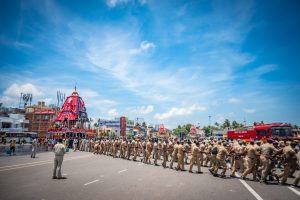 After agyaan maala or garland of the consent of the Lords arrives from the Gundicha Temple, the chariot of Goddess Subhadra, Darpadalan, is first turned towards the south. It is followed by Lord Balabhadra’s Taladhwaja and Jagannath’s Nandighosh.

Reportedly, the Hera Panchami ritual was performed smoothly by the Pati Mahapatra servitors. As per the custom, Goddess Mahalaxmi reaches Gundicha temple by seating on a palanquin carried by the servitors but she feels insulted after finding the main gate locked. She breaks a part of Nandighosha chariot to show her anger at Lord Jagannath for leaving her alone in Srimandir during Rath Yatra.

2021-07-17
Editor in chief
Previous: Odisha Cabinet meeting, held under the chairmanship of Chief Minister approved 15 major proposals
Next: Odisha Government has decided to reopen the schools for Class 10 and 12 students.