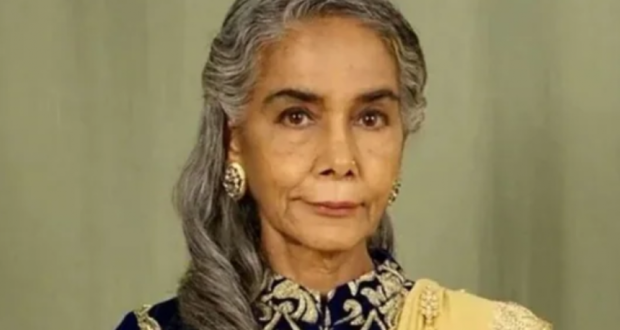 in Entertainment July 16, 2021 Comments Off on Balika Vadhu’s Dadi Sa Surekha Sikri has passed away due to a cardiac arrest 354 Views

Mumbai:16/7/21:Veteran Indian actor Surekha Sikri has passed away today due to a cardiac arrest. The 75-year-old was known for films such as “Badhaai Ho” and TV shows like “Balika Vadhu”.

The actor was ailing for some time and had suffered a brain stroke in 2020. She was a 3-time National Award winner.

Born in Uttar Pradesh, Surekha Sikri graduated from National School of Drama (NSD) in 1971. Her father was in the Indian air force, and her mother was a teacher. She married Hemant Rege, and they have a son together named Rahul Sikri.

Television’s popular grandmother, who was initially hated for being strict with Anandi, was later loved for taking a stand for her granddaughter-in-law. Recently she won the National Film Award for portraying Ayushmaan Khurrana’s grandmother in Badhaai Ho. However, the whole credit of introducing the Millenials to this powerhouse of talent goes to Colors TV’s Balika Vadhu.

Surekhi Sikri is etched in the minds of Millennials and Gen-Z who first saw her as the strict matriarch in Balika Vadhu. Despite her repertoire of work, which includes Tamas, Mammo, Sardari Begum, Kirdaar and Banegi Apni Baat, she will always be Balika Vadhu’s Dadi Sa for us. The social drama ingrained her into the psyche of this generation, who haven’t watched her shows and films of the 80s and 90s.