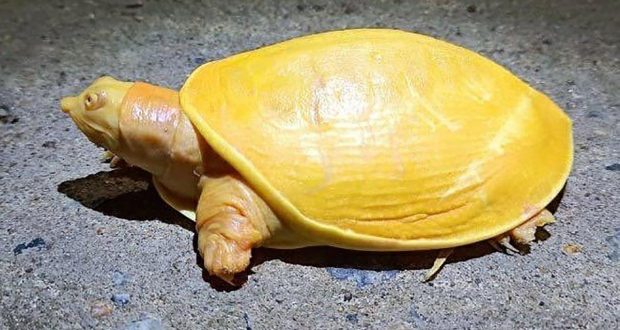 in District Diary July 13, 2021 Comments Off on Rare yellow coloured turtle was spotted in Bhadrak 215 Views

According to sources, a local school teacher in Chandbali block of Bhadrak district rescued the unique yellow colour turtle weighing about 2 kg on Monday

“An albino Indian flapshell turtle (Lissemy’s punctata) was rescued from Baitarani River on July 12 from Chandbali Wildlife Range. It was released after consulting a veterinarian,” Odisha, principal chief conservator of forests (PCCF), wildlife, Shashi Paul told to our reporter.

In the same month last year, a yellow turtle was rescued by a group of locals from the Sujanpur village in Soro block of Balasore district. At that time, the images and video of the reptile went viral on social media.