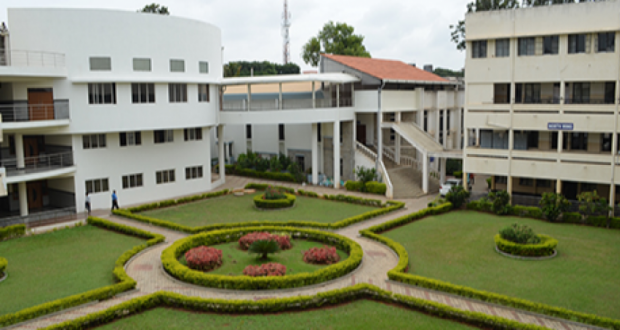 RV University,Bengaluru has established first world-class School of Liberal Arts and Sciences with Dean from Odisha

in Education, National July 12, 2021 Comments Off on RV University,Bengaluru has established first world-class School of Liberal Arts and Sciences with Dean from Odisha 803 Views

Bengaluru:12/7/21: The RV University,Bengaluru has established a world-class School of Liberal Arts and Sciences  under the leadership of Prof. (Dr.) Piyush Roy, a National Film Award-winning critic-columnist, internationally published author, curator, poet, filmmaker, and professor in film and media studies.

Welcoming the establishment of this School, Professor Y.S.R. Murthy, Vice-Chancellor, RV University said, “The School of Liberal Arts and Sciences provides a unique platform for cutting edge research. The faculty are drawn from the best institutions in India and abroad and are global leaders in their research areas. The students would have opportunities to participate in ongoing research projects and hone their understanding and skills in research.” Referring to the School’s commitment to give students an all-rounded education, Dr. Murthy further said, “RV University joins an elite set of universities worldwide that offer a wide range of options for minors. This eclectic choice of minors from History, Philosophy, Literature, Psychology, Physics, Theatre and Performing Arts, Film Studies, Economics, Finance, Marketing, and Design is geared to prepare the student for creative and impactful futures.”

Dr Piyush Roy,  who joins the RV University as Dean of the School of Liberal Arts and Sciences has produced a critically acclaimed documentary, Pleasures Prejudice & Pride: An Indian Way of Filmmaking. It was the first Indian documentary in the new millennium to be the focus of an exclusive multi-city global seminar screening tour, across South Asian centres in seven universities in the United Kingdom in September-October 2019. said: “We offer India-focused education across interdisciplinary curriculums of global standard for existing and emerging careers. With the changing of jobs and job destinations becoming commonplace in 21st-century careers, the purpose and nature of education too will have to go the liberal studies way – i.e. making student careers ready, instead of only being ready for their first job. Hence cross-disciplinary pursuits will increasingly be prioritised over silo-centric studies.”

Under this School, the foundation courses in the first year in history, philosophy, literature, theatre, critical thinking, environment and development, South Asia, writing, principles of science are the building blocks of the degree. This year also allows students to discover their interests to pursue specific major and minor combinations in their degree. In the second year, the RV University undergraduate has a unique opportunity of choosing a wide range of minors from the School of Economics and Finance, the School of Design, and the School of Liberal Arts and Sciences. The third year of the undergraduate degree allows for specialisation in the major as well as industry internships and research theses and portfolios.

This Centre for Visual and Performing Arts is driven by the key aim to encourage the research and practice of visual and performing arts. This centre will hold exhibitions, workshops and masterclasses on performance and theatre. The centre will be a node for artists and researchers locally and across the world. The centre contributes to the teaching at the School of Liberal Arts and Sciences. Apart from academic courses, the centre is a dynamic space for student and faculty performances, music, and dance workshops as well as city-wide student-led music and arts festivals. The centre aims to produce state-of-the-art research, and practice grounded in lived experience. The centre encourages innovative, artistic, systematic, and creative work that strengthens the knowledge base and builds local capacity. The RV University envisions all its research centres to be a vibrant and lively space for personal and intellectual growth of faculty and students alike.

RV University is a private university that has been established under the RV University Act, 2019 passed by the Karnataka legislature. RV University is sponsored by the Rashtreeya Sikshana Samithi Trust (RSST) which has eight decades of institution building in higher education. The educational institutions under the RSST umbrella are well known in Bangalore as well as Karnataka and India. RV University will commence undergraduate, postgraduate and doctorate programmes in October 2021 in three diverse schools: School of Liberal Arts and Sciences, School of Economics and Finance, and the School of Design. 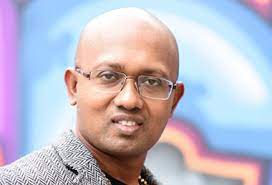 Dr. Piyush Roy is an Indian National Film Award-winning critic-columnist, and an international author, curator, filmmaker and professor in film studies. Presently, he is Dean and Professor, School of Liberal Arts and Sciences, RV University, Bengaluru, and writes a column in The Hindu introducing landmark Indian film classics

Former editor of popular film magazine, Stardust and film-weekly, StarWeek, he has worked at senior reporting positions in leading Indian dailies (The Indian Express, Hindustan Times) and has been published in The Times of India Crest Edition, The Asian Age, Society magazine, Screen and The New Indian Express, authoring over 500 media publications. He’s been the writer of two popular film columns, ‘Sunday Talkies’ with Orissa Post (2011-2018) and ‘Soul Cinema’ with The Times of India Speaking Tree (2018-) edition.

Author of two fiction works – Never Say Never Again (2007) and Alexander – An Epic Love Story (2007) and an online novel series, The Millennium Batch (2020); in 2019, he made his non-fiction and feature film debut with Bollywood FAQ: All That’s Left to Know About the Greatest Film Story Never Told (Rowman & Littlefield Publishing Group, USA), and a critically acclaimed documentary, Pleasures Prejudice & Pride: An Indian Way of Filmmaking. It was the first Indian documentary in the new millennium to be the focus of an exclusive multi-city global seminar screening tour, across seven universities in the United Kingdom in September-October 2019. His latest film, an experimental feature, Amrtah: The Author of Time (2020), is inspired by ideas, insights, and learner-teacher interactions in The Upanishads.

He’s been a jury member of Power Brands-Bollywood Film Journalist’s Awards and has twice judged the Star Writers Program (2017, 2019) a talent hunt for television content writers organised by Star TV India Pvt. Ltd. A jury and advisory board member of the Global University Film Awards (Hong Kong 2018-onwards), he was the Founder-Festival Director of Edinburgh Festival of Indian Films & Documentaries (2016-17). In 2017, he made his public debut as a poet and photographer with a unique Pan-Indian photo-poetry exhibition experiment – ‘The Collector of Characters’ – on the theme of ‘70 years of Indian independence.

Teaching at higher education institutions in the UK and India (Indian Institute of Mass Communication Dhenkanal, Indian Institute of Management Ahmedabad, The Kohima Institute, MIDAS Pune, etc.) for a decade, his doctoral thesis was on ‘The Aesthetics of Emotional Acting: A Rasa based review of Indian cinema and television’ from the University of Edinburgh (2017). He has been Associate Professor (Film, Philosophy & Creative Industries) and Founding Team member of the School of Creative Liberal Education at Jain University, Bengaluru (2018-19) and Chief Learning Consultant at DALHAM Learning (launched 2020), a virtual knowledge platform offering Integrated Liberal Education programmes to higher education institutions.