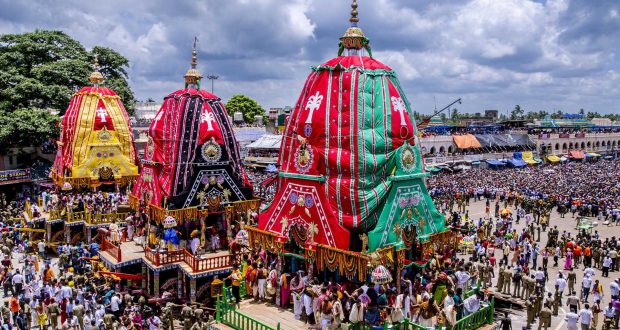 in National, State News July 6, 2021 Comments Off on Supreme Court of India dismissed all petitions seeking permission for conduct of Ratha Jatra at multiple places in Odisha 189 Views

Bhubaneswar:6/7/21: Putting an end to all speculations regarding conduct of Ratha Jatra at multiple places in Odisha, the Supreme Court of India today dismissed all petitions seeking permission for the same.

Hearing the petitions that challenged the Odisha Government’s decision not to hold Ratha Jatra at various places other than Puri, the SC Bench headed by CJI NV Ramana dismissed the pleas saying it cannot predict COVID-19 situation in the State and the state Government is competent to decide. Earlier in June, the Orissa High Court (HC) refused to intervene in the State Government’s decision to allow the car festival of Lord Jagannath only in Puri this year.

“Chariot is pulled by 500 people, who undergo RT-PCR test. How will the state ensure all these conditions in other parts?,” the AG argued.