Top Headlines
Home » State News » Odisha will continue to support the sportspersons in every possible manner to enable them to achieve their dreams:Naveen Patnaik 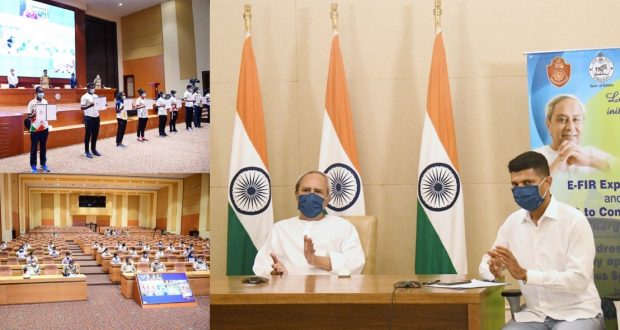 Odisha will continue to support the sportspersons in every possible manner to enable them to achieve their dreams:Naveen Patnaik

in State News June 26, 2021 Comments Off on Odisha will continue to support the sportspersons in every possible manner to enable them to achieve their dreams:Naveen Patnaik 354 Views

Bhubaneswar:26/6/21: Welcoming 39 meritorious sportspersons into Odisha Police Organisation, including 30 women sportspersons, CM Shri Naveen Patnaik said that Odisha will continue to support the sportspersons in every possible manner to enable them to achieve their dreams.

Joining an induction programme of as many as 39 meritorious Sportspersons of the State from various fields in the State Police Service today on virtual platform Patnaik emphasized, “The State will produce many sportspersons, and make the state and country proud in the coming years”.

Thirty of these sportspersons are women and 9 are men. Previously, 96 sportspersons have been appointed in various ranks of Odisha Police in 6 phases in the past, said an official release.

Congratulating the personnel for joining the police service, the Chief Minister said, “It’s a big moment for you to join a job and share the responsibilities of your families. I am sure your parents and families are proud of your achievement. It requires lot of passion, discipline, and hard work to excel in sports”.

Speaking on State’s achievements, he said that we have embarked on a journey to make Odisha a sports powerhouse.

In the last few years, Odisha has featured prominently in the sports sector in the country. We have successfully hosted a number of national and international events. Hockey World Cup 2018 and Asian Athletics championship 2017 have been a great success for the State, he added.

Stating that the State is investing more than Rs 1000 crore in developing the sports infrastructure across the state, he added that we are building India’s largest hockey stadium in Rourkela for the Hockey World Cup in 2023. 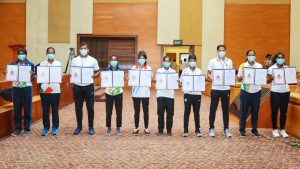 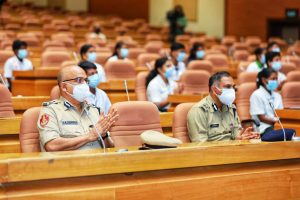 On the state’s strategy in sports, he said that we have partnered with Corporates and eminent sportspersons to start High-Performance centres. Coaching at the grassroots level and sports education in schools is a major focus area to develop sports across the state, he added.

He further said that our Para athletes have also been performing well at the international level.

Arjuna Awardee Pramod Bhagat has qualified for the Paralympics and is a leading contestant for the medal. We would like to continue to financially support our para-athletes and also provide job-related support for them to excel in the sports field, he added.

The Chief Minister launched the extension of e-FIR under the 5T initiative for public place theft.

It will help people in lodging FIR relating to chain snatching, laptop, mobile theft, etc at public places. They need not go to any police station and lodge an FIR from any place at any time in the virtual police station at State Crime Record Bureau.

The complainant will also get an SMS alert on the progress of the investigation.DGP Abhay gave the welcome address and Principal Secretary Sports Vishal Dev also spoke on the occasion. Secretary to CM (5T) VK Pandian coordinated the function. Pandian also interacted with the new recruits and advised them to set goals for better performances and go up the ladder in their career. He expected that through their performance they can bring glory for the State and the country. Director Intelligence Lalit Das gave the vote of thanks. Additional Chief Secretary (Home) Sanjeev Chopra and other senior police officials were also present on the occasion.