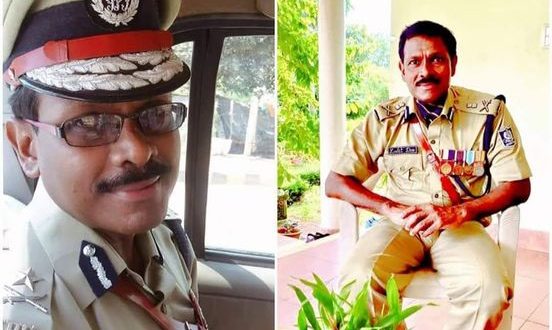 Lalit Das takes over as the new Director, Intelligence

in State News June 26, 2021 Comments Off on Lalit Das takes over as the new Director, Intelligence 498 Views

Bhubaneswar:26/6/21:Lalit Das, an IPS officer of the 1992 batch, Additional DG, Headquarters has assumed charge as Director, Intelligence, Odisha Police last evening. Das is a senior police officer with a demonstrated history of working in various capacities handling multifarious responsibilities in Odisha Police. Honed in Analytical Skills, Government policies, Community Policing, and IT Strategy, Das is also pursuing his doctoral research now. He is a strong police service professional with a Police Executive program focused in Police studies and Management from University of Cambridge and University of Syracuse. An alumnus of IIT (Madras), IIM (Bangalore), and NIT (Rourkela), he was awarded the United Nations Peace Medal in the year 2004 at Sierra Leone, West Africa, an international decoration awarded by the United Nations to the various world countries members for outstanding performance in joint international military and police operations such as peacekeeping, humanitarian efforts, and disaster relief. His exemplary service in the United Nations Peace-keeping Mission in Sierra Leone led him to the UN Peace-keeping medal. He served with officers from different countries like Nigeria, Ghana, Zimbabwe, Malawi, Jordan. UK, USA, Norway, Sweden, and India.

He has also been awarded the President Police Medal for Meritorious service in the year 2008, President Police medal for distinguished service in the year 2016, DGP’s Disc, 2015-2016, and the Governor’s medal in 2016 apart from several other awards. A multi-faceted personality, Das is a fitness practitioner, an avid cyclist, marathon runner and has recently published his first collection of short stories,” Hata Muthare Jibana”, a Black Eagle Books, USA publication.