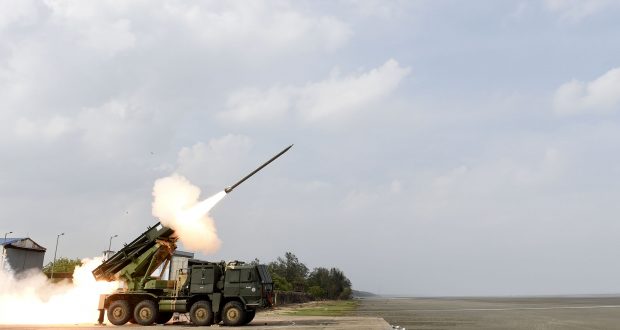 Twenty-five Enhanced Pinaka Rockets were launched in quick succession against targets at different ranges. All the mission objectives were met during the launches. The enhanced range version of Pinaka Rocket System can destroy targets at distances up to 45 kms.

All the flight articles were tracked by Range instruments including Telemetry, Radar, and Electro-Optical Tracking System deployed by ITR & Proof and Experimental Establishment (PXE).

Raksha Mantri Shri Rajnath Singh has congratulated DRDO and the Industry on the successful launch of Enhanced Pinaka Rockets. Secretary, Department of Defence R&D and Chairman DRDO Dr G Satheesh Reddy commended the efforts of the teams involved in the successful trials.