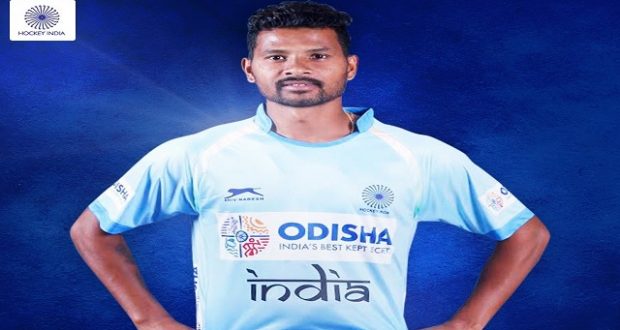 in Sports June 22, 2021 Comments Off on Birendra Lakra has been chosen for the Vice Captain’s in Olympic-bound Indian Men’s Hockey Team 430 Views

Bhubaneswar:22/6/21; Birendra Lakra of Odisha along with Harmanpreet Singh has been chosen for the Vice Captain’s role in the 16-member Olympic-bound Indian Men’s Hockey Team.

Hockey India today named midfielder Manpreet Singh as the Captain of the team. This will be Manpreet’s third Olympic Games and under his leadership, the team has also improved their world ranking as they are currently positioned at No. 4.

Birendra, on the other hand, is a veteran defender who was also part of the London Olympic Games but sadly missed playing in Rio owing to major knee surgery in 2016. But since his return to the squad following the brief break due to injury, Birendra has only grown in his performance and has been resolute in his role in the team.

Meanwhile, Harmanpreet Singh since his Senior India debut in 2015 has grown in his role as a drag-flicker and defender. In the absence of Skipper Manpreet in 2019, Harmanpreet led the Indian team to a win at the FIH Olympic Test event in Tokyo. India will begin their campaign in Tokyo on 24 July 2021 when they take on New Zealand in their first Pool stage match

2021-06-22
Editor in chief
Previous: Puri district administration has decided to impose 144 of Cr PC for the smooth conduct of Snana Yatra
Next: Automatic Ticket Checking & Managing Access (ATMA) system has been installed at Bhubaneswar Railway station