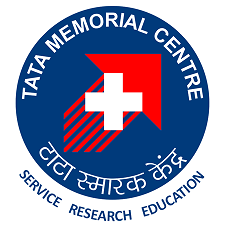 According to the World Health Organization (WHO), cancer is the second leading cause of death globally, with approximately 70% of cancer cases occurring in low and middle-income countries. India’s cancer scenario is burdened with oral cavity cancer being the most common among men. In fact, India accounted for almost a third of the global incidence in 2020.

Dr. RA Badwe, Director, Tata  Memorial Center said “As per the GLOBOCAN statistics, the rate of new cases being diagnosed has increased by a staggering 68% in the past two decades alone, making it a real public health crisis. To add to this, accessibility to health services is low, which coupled with poor health literacy results in a majority of cases presenting with an advanced-stage disease that is often difficult to treat.” Approximately, 10% of the patients have progressive disease that makes them untreatable and can only be offered supportive care for their symptoms.

Most of those who do receive some forms of treatment are left unemployed and become an economic burden on their friends and family. Even patients with health insurance and/or government aid, typically seen as immune to the cost of healthcare, face serious challenges as most schemes do not provide the actual amount needed for treatment. This eventually increases their out-of-pocket expenses, pushing a significant proportion of the patients themselves and their families into a never-ending cycle of debt.

To tackle these issues, a Tata Memorial Centre team, headed by Dr. Pankaj Chaturvedi, set out to conduct a cost of illness analysis that would provide invaluable information for policymakers that make appropriate allocation of resources towards cancer. This is the first such study in India and among a handful globally, whose estimates were calculated, utilizing a bottom-up approach where data was collected prospectively for each service as it was used. This enormous data collection has resulted in determining the direct healthcare costs of treating oral cancer, that is, the per-patient cost borne by a healthcare provider that is directly attributable to treating oral cancer.

Dr. Arjun Singh, Research Fellow at Tata Memorial Hospital and the lead author of the study said that the unit cost of treating advanced stages (Rs. 2,02,892/- ) was found to be 42% greater than early stages (Rs. 1,17,135/-). At the same time, there was an average reduction of 11% in the unit costs, as socioeconomic status increased. Medical equipment accounted for 97.8% of capital costs, with the highest contributor being the radiology services that included CT, MRI, and PET scan. Variable costs that included consumables for surgery in advanced stages were 1.4 times higher than in early stages. With the addition of additional chemo and radiotherapy to surgery, the average cost of treatment increased by 44.6%.

About 60-80% of the cases of oral cancer visit their specialist oncologists at advanced stages. Multiplying the cost per unit of early and advanced cancer as per the study’s results, India spent approximately Rs. 2,386 crores in 2020 on oral cancer treatment, paid for by insurance schemes, government and private sector spending, out-of-pocket payments, and charitable donations or a combination of these. This is a significant portion of the healthcare budget allocation the government made in 2019-20, towards a single disease. Without any inflation in costs, this will result in an economic burden on the country of 23,724 crores over the next ten years. This straining economic impact of treating oral cancer treatment, strongly suggests that prevention must be one of the key mitigation strategies for addressing affordability. Almost all oral cancers are caused by some form of tobacco and areca nut use, either directly or as a secondhand intake. It is very important for our country to take adequate measures to curb this menace and mitigate the economic burden caused by just one of the hundreds of diseases caused by tobacco consumption. Early detection strategies leading to just a 20% reduction in advanced-stage disease could save almost 250 crores annually. Physicians, dentists, and all healthcare workers are the first line of detection where opportunistic screening of high-risk individuals such as tobacco and areca nut users can be performed. Institutions also play a key role by following up screened patients, implementing tobacco de-addiction strategies and providing timely care and support. At the administration and government level, stronger reforms can strengthen the existing policies around the prohibition of cancer-causing substances, building infrastructure and access for patients, and providing evidence-based insurances and reimbursements for those in need.