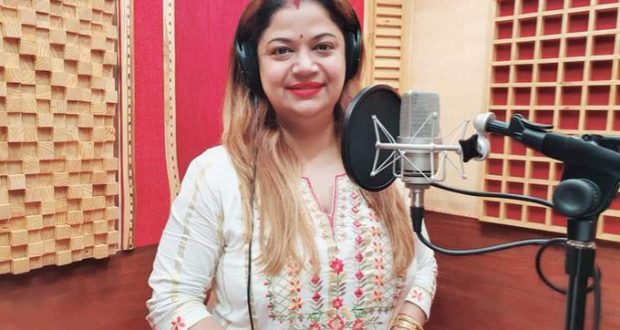 Bhubaneswar:20/6/21: Eminent Olywood singer Tapu Mishra breathed her last while undergoing treatment at a private hospital in the Capital City on Saturday. Tapu Mishra has tied the knot with actor Deepak Pujahari  in 2018, December

Tapu had lent her melodious voice to a number of hit movie songs, albums, and bhajans in her career spanning over two decades. Making her debut from Kula Nandan movie, the versatile singer has gone on to spread her magical voice in over 150 films.

Considered one of the most versatile singers in the industry, Tapu lent her voice to several Odia film songs and bhajans. Born and brought up in Sambalpur, she began singing at an early age and her oeuvre included semi-classical, romantic, and even item songs. An alumni of Sambalpur University, she had also obtained a music degree from Gandharva Mahavidyalaya.

Starting her career in the industry with Himanshu Parija ‘Kula Nandan’ in 1995, she shot to the limelight with her song ‘Na Re Na Bajana Bansi’ from the film ‘I Love You’. One of the most sought-after playback singers in the industry, Tapu had to her credit over 500 songs and won four State Film Awards. And not just Odia, she sang in Bengali, Hindi, and other regional languages too. An independent artist, she also released her albums on her YouTube channel.

A pall of gloom descended on the film industry following the singer’s demise. Members of the industry and people from different walks of life condoled her death. Union Minister Dharmendra Pradhan said with Tapu Mishra’s death, Odisha has lost a talented singer. “I am saddened to hear the news of her death. She had become a household name because of her music within a very short span of time”, he said. Chief Minister Naveen Patnaik, Union Minister Dharmendra Pradhan and BJP National Vice-President Baijayant Panda, and others expressed deep condolences over the sad demise of the popular singer.

Kuna Tripathy, Odisha Film Development Corporation chairman, and actor said besides being a melodious singer, Tapu was a beautiful human being. “Her strength lay in her versatility and effortless singing”, he said.