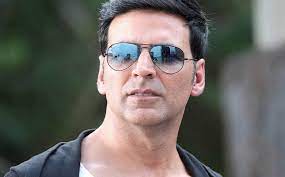 In a letter to Moharana, the Bollywood Actor wrote, “I would like to take this opportunity to convey my sincerest appreciation for the massive help that you extended towards my house help during these difficult times.”

On May 6, the Actor called up ‘Odisha Mo Parivar’ Convener Arup Patnaik informing that his house helps Tutu Bhuyan’s wife Sangeeta Bhuyan was admitted to MKCG Medical College and Hospital in Berhampur for an operation. But Tutu was unable to get any information about the condition of his wife after a considerable time. 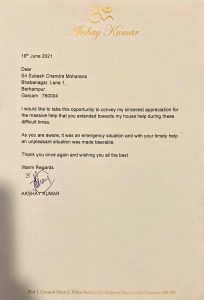 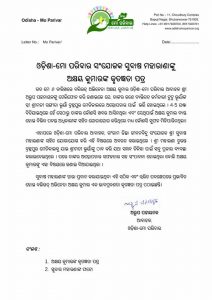 Tutu sought the help of the Actor who subsequently contacted some senior officials of the State. But the Actor did not get an adequate response.

When the Actor contacted the ‘Odisha Mo Parivar’ Convener and briefed him about the issue, Patnaik spoke to the Ganjan District Jeevan Bindu Coordinator.

Immediately, Moharana visited the MKCG hospital and made all kinds of arrangements for the treatment of Tutu’s wife who was operated upon successfully.

‘Odisha Mo Parivar’ is a social service initiative of the ruling BJD and was launched in October, 2019.

2021-06-20
Editor in chief
Previous: Short films screening and lec-dem to mark International Day of Yoga by Films Division
Next: Shree Jagannath Temple Administration has fixed the schedule of rituals from the Snana Jatra to Niladri Bije