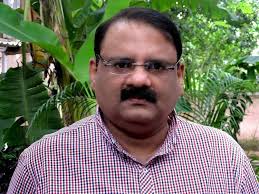 in Column, Literature June 19, 2021 Comments Off on Writer,Poet and Lyricist Dr.Debasis Panigrahi 586 Views

Dr.Debasis Panigrahi is a popular and critically acclaimed writer of short stories, short fiction, novella, and novel from Odisha, an eastern state of India. He writes in Odia, a regional language, which because of its great antiquity and rich literary heritage, has been accorded the status of a classical language of India. He has so far published nine collections of short stories, seven novellas published in three collections, and one novel. He is also a reputed lyricist and has penned popular lyrics for audio and video albums, television, and cinema.

His stories figure in the anthologies of best Odia stories brought out by ‘Kendra Sahitya Akademi’ and ‘Odisha Sahitya Academy’. He has bagged a host of literary awards; the most notable amongst them are ‘Odisha Sahitya Academy Award’ for short stories for the year, 2002, Young Writer’s Award given by the prestigious ‘Gangadhar Rath Foundation’ in 2007, ‘Kadambini Galpa Samman’ given by the popular Odia magazine ‘Kadambini’ in 2009, ‘Odisha Book Fair Award’ in 2012, ‘Fakir Mohan Galpa Samman’ (named after the great writer Fakir Mohan Senapati, founder of modern Odia literature and awarded by ‘Utkal Sahitya Samaj’, the oldest and the most prestigious literary organization of Odisha founded in 1903) in 2014, ‘Fakir Mohan Upanyasa Samman’ given by ‘Fakir Mohan Sahitya Parishad’ in 2015 and ‘Bijaya Krushna Mohanty Galpa Samman’ (named after the eminent Odia story writer Bijaya Krushna Mohanty given by ‘Bhubaneswar Book Fair’, the oldest and the biggest book fair of Odisha) in 2015. 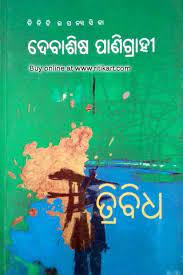 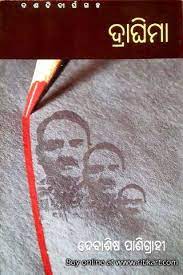 His stories have been translated and published in English, Hindi, Bengali, Telugu, and Kannada. ‘Things Left Unsaid’, an English translation of 14 of his selected stories, published by Lifi Publications, New Delhi was launched at Delhi Book Fair, 2015. The book has received rave reviews from such eminent writers as Ruskin Bond and Manoj Das.

His stories are marked by unconventional plot, varied structure, and diverse language and literary style, distinctive of each story. Written in a lucid and free-flowing language, that often turns lyrical, his stories are mostly written in the tradition of ‘stream of consciousness writing. The themes of his stories speak of changing human relationships, conflict of values, ideas, and roles in the changing times, and the pangs of being middle class and facing a midlife crisis. He is neither judgemental nor impressionistic, combines realism with romanticism. 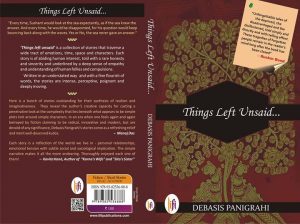 Books Penned by Debasis Panigrahi
2021-06-19
Editor in chief
Previous: Director of the Odisha Vigilance Directorate, Debasis Panigrahi, breathed his last
Next: Vedanta Cares carries out one of the largest vaccination drives across Corporate India