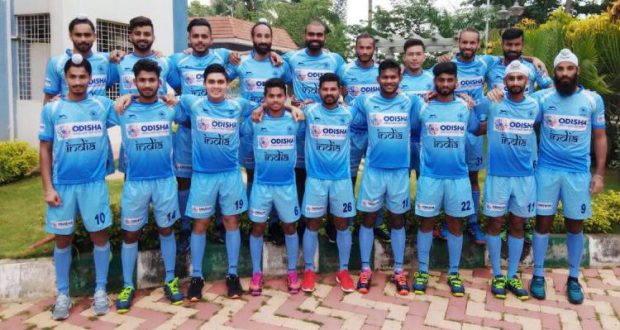 in Sports June 18, 2021 Comments Off on Birendra Lakra and Amit Rohidas from Odisha have been selected for hockey team for the Tokyo Olympics 393 Views

Bhubaneswar:18/6/21:Veteran player Birendra Lakra and emerging defender Amit Rohidas from Odisha have been selected in the 16-member national men’s hockey team for the Tokyo Olympics which was announced by the Hockey India (HI) on Friday.

After missing the previous Olympics slot in 2016 due to a major knee injury, Lakra now gets a befitting opportunity to be part of the squad for Tokyo 2020. Additionally, joining the team are Rohidas, Hardik Singh, Vivek Sagar Prasad, Nilakanta Sharma, Sumit and debutant forwards, Shamsher Singh, Dilpreet Singh, Gurjant Singh and Lalit Kumar Upadhyay.

PR Sreejesh continues with his third stint as goalkeeper while midfielder Manpreet Singh will bring in critical experience to the team alongside other Olympic veterans like Harmanpreet Singh, Rupinder Pal Singh, Surender Kumar and Mandeep Singh.

The Indian Men’s Team are grouped in Pool A along with reigning Olympic Champions Argentina, Australia, New Zealand, Spain and hosts Japan. The tournament takes place from 23rd July to 5th August in Tokyo.