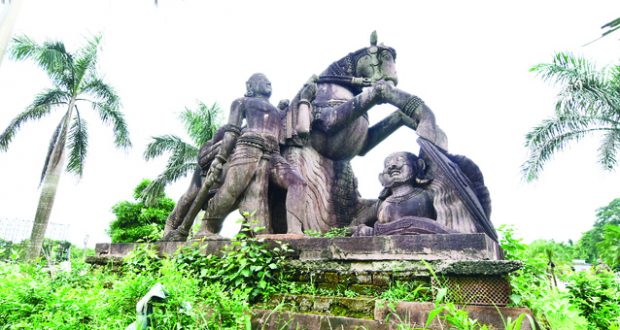 in Smartcity Bhubaneswar June 17, 2021 Comments Off on Iconic replica of the famous sculpture warrior with the horse will be shifted from Master Canteen Square to Raj Bhawan Square 436 Views

Bhubaneswar:17/6/21: The shifting of an iconic replica of the famous sculpture of the Sun Temple at Konark showcasing a warrior with the horse in Bhubaneswar for the ongoing Smart Janpath project stirred a fresh row.

As per the decision by the State Government, the ancient stonework built by late eminent sculptor Padma Vibhushan Raghunath Mohapatra and installed at the Master Canteen Square will be shifted to Raj Bhawan Square.

The Bhubaneswar Smart City Limited (BSCL) had proposed relocation of the sculpture for a multi-modal hub project at the Bhubaneswar Railway Station. The proposal was approved at a meeting chaired by Ranjan Das, the Director of Culture, on June 8. However, the move for relocation of the warrior-horse replica, which is a landmark of the State Capital, drew sharp reactions from different quarters.

The Bhubaneswar Development Authority (BDA) had erected the sandstone sculpture at Master Canteen square around 1988.

Despite being a landmark of the Capital City, the statue has been lying neglected for several years. The place on which the sculpture stands is covered with wild. The beauty of the sculpture has been damaged due to lack of maintenance. The original warrior and horse sculpture is found at Konark Sun Temple. It is also found at the center of the official logo of Odisha Government logo. 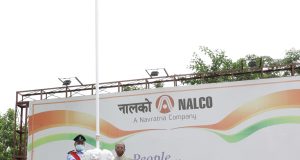 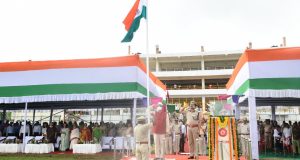