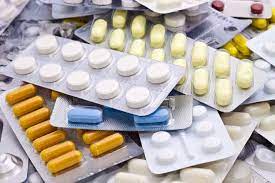 in State News June 14, 2021 Comments Off on Odisha Chief Minister ordered a Crime Branch probe into the rampant trading of counterfeit drugs 310 Views

Bhubaneswar14/6/21:: Odisha Chief Minister Naveen Patnaik on Monday ordered a Crime Branch probe into the rampant trading of counterfeit drugs in the state.

The Drug Control officials during a raid on a medicine wholesale godown at Kanika Chhak in Tulasipur area in Cuttack city on June 11 had seized several cartons of counterfeit medicines estimated at Rs 70 lakh including 17,000 fake Favipiravir tablets. The next day, the officials had raided a medicine wholesale counter at Malha Sahi in Mangalabag area of the city and seized five counterfeit medicines, including some medicines manufactured by Max Relief Healthcare Ltd at Solan in Himachal Pradesh and some manufactured by the Medilloyd Medicament Pvt Ltd.

Following the seizure, the Directorate of Drug Controller had provided a detailed list of the number of fake medicines supplied by the medicine wholesale godown at Kanika Chhak to the district drug inspectors.

Acting on the information, raids were conducted on several medicine outlets and godowns in Balangir, Jharsuguda, Sambalpur, Kalahandi, and Rourkela.

It may be mentioned that the state government had received a tip-off from the Food and Drug Administration, Maharashtra that spurious Favipiravir tablets (Favimax-400), allegedly manufactured by one Max Relief Health Care, Solan, Himachal Pradesh, had allegedly been purchased by a Cuttack-based pharmaceutical wholesaler.

It was also stated that Max Relief Health Care was reportedly a non-existent drug manufacturer. A raid was recently conducted on the premises of Medilloyd Medicament Private Limited, Cuttack that had purchased the drugs.

2021-06-14
Editor in chief
Previous: All protected monuments/sites and museums shall reopen from June 16
Next: Odisha Joint Entrance Examination-2021 has been postponed