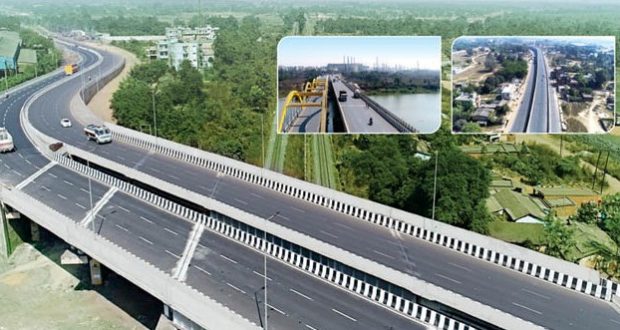 Bhubaneswar:9/6/21: The Odisha Cabinet today approved four-laning of 174.5-km-long Biju Expressway connecting the western and southern parts of the State. Under the chairmanship of Chief Minister Naveen Patnaik, the State Cabinet during its meeting okayed a proposal for four-laning of Biju Expressway through EPC contract at cost of Rs 448.02 crore.

Chief Secretary SC Mahapatra in a presser informed a total of six small bridges and six large bridges will be constructed on 104.65-km-long stretch of Biju Expressway from Ghatipada to Sinapalli in Nuapada district.

Mahapatra stated the widening of the Biju Expressway would boost economic and industrial development in the entire region.

The State Cabinet today approved as many as 11 proposals from departments of Finance, Fisheries and Animal Resource Development, General Administration and Public Grievances, Works and, Housing and Urban Development.

Besides, the Cabinet decided to develop the box culvert carriage road over main drain No-1 from Pattapola to Matrubhawan in Cuttack city.