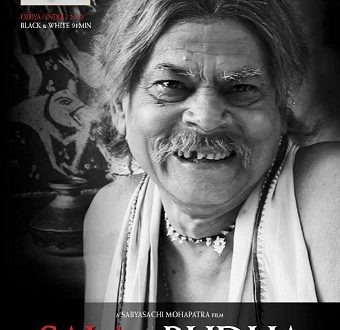 Sambalpur:5/6/21: Popular Sambalpuri cine artiste Atal Bihari Panda, who earned many accolades through his famous flick ‘Sala Budha’ directed by  SabyasachiMohapatra, passed away on early Saturday morning. He was 92. Atal Bihari Panda was born on December 1, 1931, at Binika in  Subarnapur District district. His father’s name is Basudeb Panda, and his mother Laxmi Priya Panda. He was regarded as one of the finest actors in Odisha and is the recipient of numerous awards, including two back-to-back Odisha State Film Awards for best actor. His debut in film came at an age of 83 years is quite amazing for an actor. Before his debut as an actor in films, he had already written 60 plays. He has also written lyrics in many sambalpuri songs. Atal Bihari Panda is the only actor who had essayed the main role first trilogy of Odia cinema ‘Sala Budha’, Adim Bichar, and Salabudhra Badla. Adim Bichar and the last trilogy of SalaBudhra  Badla had won the national award.

SabyasachiMohapatra’s films ‘Sala Budha’ and ‘Adim Bichar’, respectively, had been selected for Indian Panorama 2013 and 2014. ‘SALA BUDHA’ made in the Kosali language and focuses on the rural area. The film directed by Sabyasachi Mohapatra is based on a novel written by Kapil Prasad Mohapatra (the director’s father) ‘Adim Vichar’ is his second entry in a row for the coveted category after 2013 ‘Sala Budha’, Adim Vichar’, a sequel of ‘Sala Budha’, is based on the lives of the tribal people of Odisha. The protagonist of the film is an 80-year-old Kondh man. ‘Adim Vichar’, which is in the Sambalpuri dialect spoken in western Odisha, is one of the 26 feature films selected for the Indian Panorama category. The film shows that despite difficulties in life, the old man does not lose his cool and sticks to his principles, The message is that senior citizens are storehouses of knowledge and our traditional value system.

“In Sala Budha and Aadim Vichar, Atal Bihari Panda’s character was very simple. But in Sala Budha Ra Badla, the audience will see a different Sala Budha. For the first time, an innocent love story included in this film. There is a dispute regarding over the marriage of an innocent couple and a fight between two villages. In the movie, the viewers will see the revenge of Sala Budha. 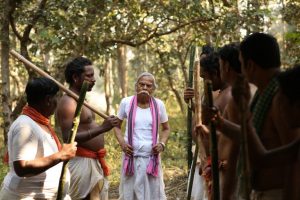 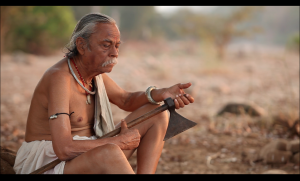 Atal Bihari Pandabreathed his last while undergoing treatment for blood septicemia at Veer Surendra Sai Institute of Medical Science and Research (VIMSAR) at Burla. He was under treatment for the last few days at the premier health institute of western Odisha. He died at 3.45 am following multiple organ failure, hospital authorities said. He was admitted to the hospital following some geriatric-related ailments.

Panda was a popular and a household name in western Odisha due to his marvelous acting skill. He had enacted several characters in hundreds of theatres and plays. He was also the scriptwriter of hundreds of plays.

At the age of 83, he had made his debut in Sambalpuri feature film ‘Sala Budha’ which had won awards in several categories in Odisha Film Award. Panda is also awarded as the best actor for his excellent acting skill in Adim  Bichar in  Odisha state  Film Award 2014. Panda was a recipient of numerous awards including two Odisha State film awards.” Panda was a complete artiste. His demise is a great loss personally for me,” said Mohapatra.

2021-06-05
Editor in chief
Previous: Odisha government on Friday announced the cancellation of the Plus II examinations
Next: Ratha Jatra of Lord Jagannath and his siblings in Odisha’s Puri town will be webcasted live on YouTube