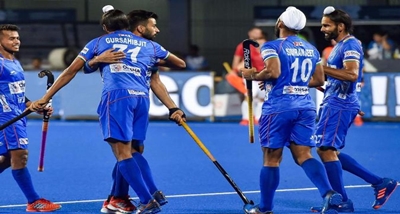 Despite missing the European leg of the FIH Hockey Pro- League series in Great Britain, Spain and Germany in April and May, the Indian men’s team maintained its fourth spot.

Belgium, the reigning world and European champions, lead the table, followed by the 2019 FIH Hockey Pro-League winners, Australia. The Netherlands is placed third.

Germany has jumped to fifth place due to their recent performances in the FIH Pro-League while Great Britain has also moved up a spot to the sixth position. Argentina, the reigning Olympic champions, are seventh. New Zealand is eighth, Spain ninth while Canada is 10th.

In the women’s category, India is ranked ninth. The Netherlands women’s team is leading while Argentina is second.
Australia climbed to third position while Germany slipped to fourth position with 2115.185 points. Great Britain is ranked fifth.