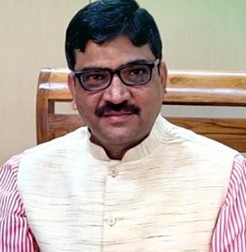 in State News June 1, 2021 Comments Off on Senior OAS officer Indramani Tripathy as the new Director of Information and Public Relations Department 506 Views

He was serving as the Additional Secretary of the General Administration and Public Grievance Department.

Tripathy has served as the Collector of Bargarh district and also handled key positions in the Commerce & Transport and School & Mass Education Department in the past.

According to the notification issued by GA&PG Department, Tusar Kanta Mohanty, Additional IG of Prisons has been posted as the Director, Land Records & Survey, Cuttack. 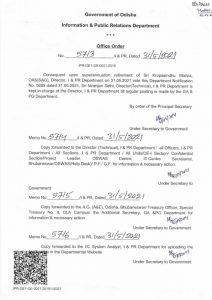 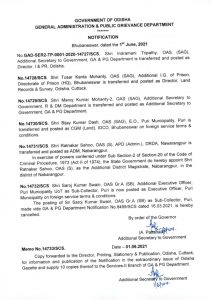 The Assistant Project Director (Administration) of DRDA, Nabarangpur, Ratnakar Sahoo has been posted as the Additional District Magistrate of Nabarangpur.

“The posting of Swain as Sub Collector, Puri is hereby cancelled, by the GA&PG Department,” the notification stated.