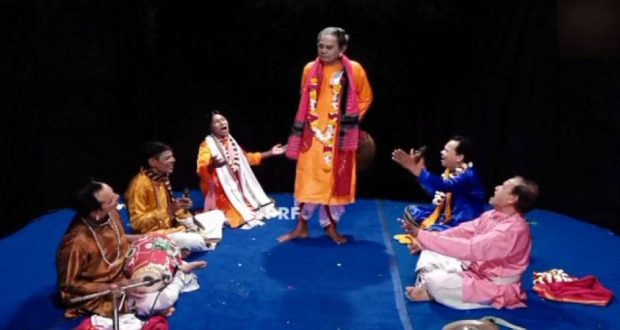 Gayak Samrat Sahoo breathed his last at his residence at Sarua in Khorda district. He was suffering from age-related ailments since the past few months. His last rites were performed at his native place amid Covid-19 restrictions.

He was survived by his four sons and two daughters. Sahoo was one of the foremost among the singers who tried their best to keep the pala in its pure and traditional form. He used to sing traditional Odia songs like Chhanda, Odishi, Champu, and Chaupadi along with Sanskrit shlokas in his performance to the amusement of the puritans of the folk art.

Sahoo started singing pala from a very tender age and continued it till last year. He has performed in thousands of stages in Odisha and outside the State.

“Sahoo’s demise is an irreparable loss for all the pala lovers across the state. He was a great ‘Sadhak’. He had great command over ‘shastras’ and ‘puranas’. He had the calibre to perform palas on different topics continuously for two months at a stretch. Gayak Samrat Sahoo has taught the folk art to many emerging pala singers of Odisha.