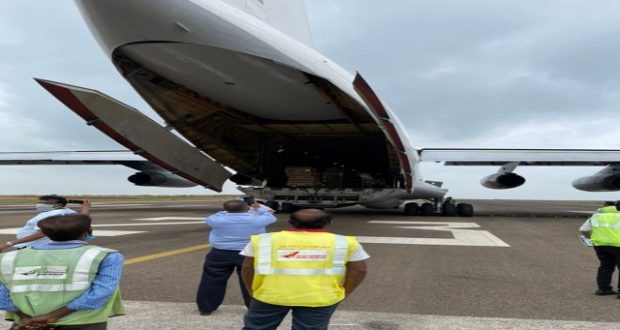 in Smartcity Bhubaneswar, State News May 30, 2021 Comments Off on A cargo aircraft from China carrying oxygen cylinders landed at the Biju Patnaik International Airport 508 Views

Informing about it, Western Odisha Development Council (WODC) Chairman Asit Tripathy said the incident is first-of-its-kind for the country. Describing it as a step ahead in oxygen security, Tripathy said Chief Minister Naveen Patnaik has directed that no patient shall suffer due to lack of oxygen.

The state government is ensuring efficient distribution of oxygen cylinders to all medical institutions and developing reserves. In two months, more than 14000 additional oxygen cylinders were added. With today’s import and further consignments, situation will become better, the official said.