in National May 23, 2021 Comments Off on Indian Coast Guard deploys its assets in view of Cyclone Yaas 234 Views

Bay of Bengal :23/5/21: Indian Coast Guard (ICG) has mobilised its assets in view of Cyclone Yaas which is expected to hit the Eastern Coast on May 26, 2021. All the ashore, afloat and aviation units are on high alert and ICG ships and aircraft have been deployed in Bay of Bengal and Andaman sea.

ICG Remote Operating Stations are relaying weather alert messages in local languages on MMB radio for the seafarers and fishermen. Navtex warnings are being issued regularly and the International Safety Net (ISN) has been activated to alert the vessels in/transiting through the area. Ships at anchorage have also been advised to take shelter and Single Point Mooring (SPM) operators for necessary safety measures. The ICG deployed 16 ships and three aircraft per day on average across the deep waters of the Bay of Bengal as well as off the coast of Tamil Nadu, Puducherry, Andhra Pradesh, Odisha, West Bengal, and Andaman &Nicobar Islands. 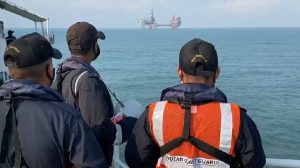 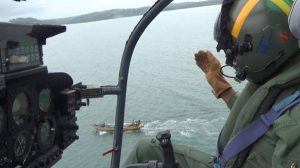 In addition, 31 Coast Guard Disaster Relief Teams (DRTs) with inflatable boats, lifebuoys, and lifejackets are on standby. Medical teams & ambulances have also been kept on standby for swift mobilisation.

With these preventive measures, ICG has ensured the safe return of 254 boats that were out at sea and alerted various merchant vessels in transit and 77 vessels at anchorage to date.

The ICG has mobilised its assets while continuing with the ongoing search and rescue operations on the Western seaboard in the aftermath of Cyclone Tauktae.