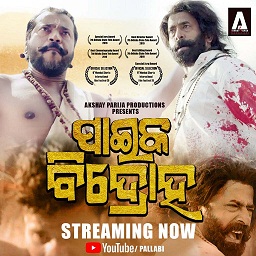 Newdelhi:30/4/21:Dadasaheb Phalke, who is known as the father of Indian Cinema was born on April 30, 1870, in Nashik, Maharashtra. Today, on the occasion of the legendary filmmaker’s birth anniversary, 11 thDada saheb Phalke Film festival21 award is being announced.

The story, screenplay, and dialogues are written by Hara Prasad Dash. The costumes of this periodic film were designed by the film’s co-producer, Barnali Rath. In 2018, this short film had won four State Film Awards for Best Director, Best Cinematography, Best Editing, and the Best Film by Jury.