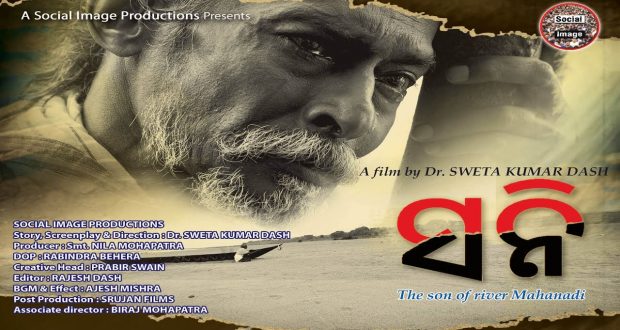 Newdelhi:30/4/21:Dadasaheb Phalke, who is known as the father of Indian Cinema was born on April 30, 1870, in Nashik, Maharashtra. Today, on the occasion of the legendary filmmaker’s birth anniversary, 11th Dada Saheb Phalke Film festival21 award is being announced.

Odia producer Nila Mohapatra’s short film ‘Sani’ has won the Special Festival mentioned Award at the 11 thDada saheb Phalke Film festival21. This film is being made under the banner of social Image Production, Bhubaneswar, and directed by Dr. Sweta Kumar Dash, a senior officer of the Odisha Administrative Service

The film revolves around the river is a phenomenon in the sustenance of human lives and influences the anthropogenic development. The desire of Mahanadi to reach its destination has to face many obstacles and many die-down with time. The journey of river Mahanadi has many stories to tell. One such is Sani.

The river Mahanadi in which rests the lifeline of the five lakhs fisherman population going to face devastation and ill consequences of so-called development projects. It also forced the fishermen to migrate from their own soil leaving their family back home in search of livelihood as bonded labour called as “Dadan”. Therefore, the slogan of participatory development has gone into the winds, and the voices of millions are silenced and remain unheard. Thus, the film is the reflection of the other side of the so-called development in the river Mahanadi. Sani is one character that portrays the millions of unheard voices that are lost into oblivion in the present context of development and many more are in waiting……………