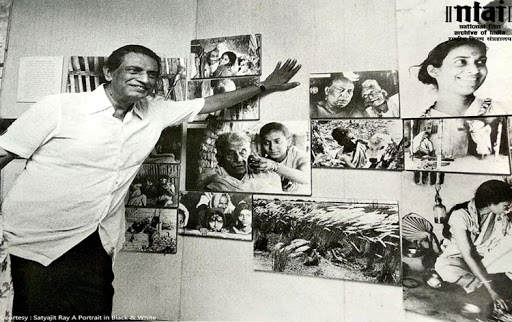 in Entertainment, National April 30, 2021 Comments Off on Ministry of Information & Broadcasting will organise year-long centenary celebrations of Satyajit Ray 508 Views

Newdelhi:30/4/21:In homage to the legendary filmmaker, the Ministry of Information & Broadcasting will organise year-long centenary celebrations of late Shri Satyajit Ray across India and abroad.

Satyajit Ray was a renowned filmmaker, writer, illustrator, graphic designer, music composer.  He started his career in advertising and found inspiration for his first film, Pather Panchali while illustrating the children’s version of the novel by Bibhutibhushan Bandopadhyay. The film catapulted him into international fame. Shri Ray went on to make other great films such as Charulata, Agantuk, and Nayak. He was also a prolific writer, making the famous sleuth Feluda and scientist Professor Shonku, a popular part of Bengali Literature. The Government of India honoured him with the Bharat Ratna, the highest civilian award, in 1992.

As part of the celebrations, the Media Units of Ministry of Information & Broadcasting viz. Directorate of Film Festivals, Films Division, NFDC, NFAI, and Satyajit Ray Film and Television Institute (SRFTI), Kolkata are planning a series of activities. Other Ministries/Departments including the Ministry of External Affairs and Ministry of Culture will also be playing an active part. However, in view of the pandemic situation, the celebrations will be held in hybrid mode, digital and physical both, during the year.

In recognition of the auteur’s legacy, “Satyajit Ray Lifetime Achievement Award for Excellence in Cinema” has been instituted from this year to be given at the International Film Festival of India (IFFI) every year starting from this year. The Award consists of a cash prize of 10 lakh rupees, a certificate, Shawl, along with a Silver Peacock medal and a Scroll.

To oversee the activities, an Implementation Committee under the chairmanship of Secretary (I&B) has been set up. The committee includes senior Filmmaker Shri Dhritiman Chaterji as the nominated member, and other senior officials of the Ministries of Information and Broadcasting, Culture, and External Affairs.

2021-04-30
Editor in chief
Previous: Tata Steel BSL bags Golden Peacock Award 2020 for best practices in CSR
Next: Council of Ministers meets to discuss the situation arising out of the second wave of COVID