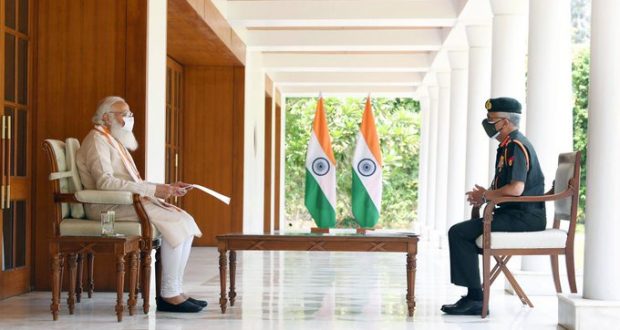 According to the statement released by the PMO, General MM Naravane informed the Prime Minister that the medical staff of the Army is being made available to various state governments.

He also briefed the Prime Minister that the Army is setting up temporary hospitals in various parts of the country, the PMO said.

It further informed that General MM Naravane apprised PM Modi that Army is opening up its hospitals for civilians wherever possible, adding that citizens can approach their nearest army hospitals.

General MM Naravane informed the PM that the Army is helping with manpower for imported Oxygen tankers and vehicles where specialised skills are required to manage them, the PMO said.

2021-04-29
Editor in chief
Previous: Ministry of Home Affairs issues order to all States and Union Territories to Consider Containment Measures
Next: AYUSH 64 found useful in the treatment of mild to moderate COVID-19 infection