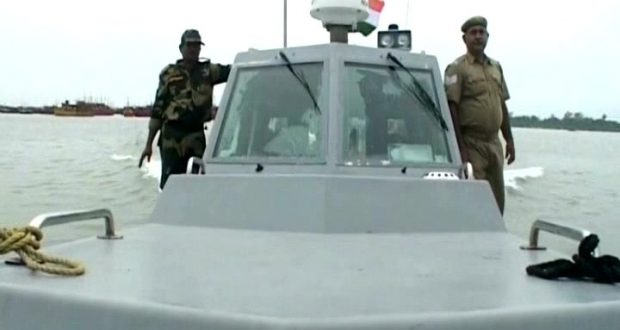 in State News April 23, 2021 Comments Off on Odisha government has sealed all the entry points bordering neighbouring States 195 Views

Bhubaneswar:23/4/21: Although the Odisha government has sealed all the entry points bordering neighbouring States, the coast guard has tightened coastal security apprehending possible ingress of migrants into Odisha through water route.

Keeping in view the rush of migrants to Odisha from high-risk states especially West Bengal where a triple mutant variant of Coronavirus is said to be the major reason for high caseload and mortality, the coast guard has beefed up its security and intensified coastal patrolling at 18 marine stations across the State, said coast guard ADG (Security) Pranabindu, Acharya.

“Apart from strict checking at the marine stations, security has been heightened at the fish landing stations. Patrolling has been intensified and strict checking at every boat is being carried out. The Sagar Rakshak Dal has been alerted, who shares information with us regarding the migration through waterways,” Acharya said.

Top priority has been given to the coastal regions, he added. Night patrolling is also being conducted with the help of two-wheelers.